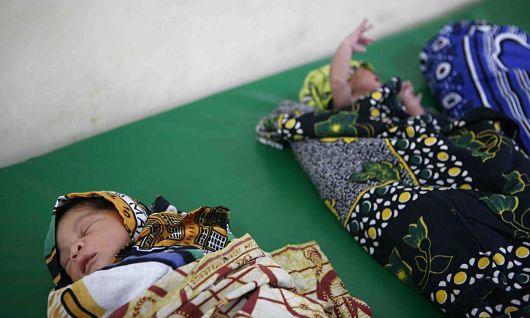 The Institute of Health Metrics and Evaluation (IHME), the top international agency for global health data collection and analysis, has provided a new report which scores the impact of foreign aid investments made over the past fifteen years.

The study, recently published in the Lancet Medical Journal, determined that between 2000 and 2014, low and middle-income nations invested $133 billion US into child health initiatives. These investments are estimated to have saved the lives of 20 million infants and children.

An additional $73.6 billion US of foreign aid investments provided by donors, both governmental and privatized, accounted for the saving of an additional 14 million infant and child lives, the IHME estimates.

In total, an estimated 34 million children’s lives have been saved in the past 15 years. The report estimates that US foreign aid investments saved the largest number of children under-five, with 3.3 million lives saved. The UK was also noted as a significant factor in this progress and is estimated to have saved 1.7 million lives through their own development funding. The Bill and Melinda Gates Foundation proved to be the largest privatized donor, having saved an estimated 1.5 million lives.

Ray Chambers, the UN Secretary General’s Special Envoy for Financing the Health Millennium Development Goals and Malaria, collaborated with the IHME to produce this report and hopes to use this form of analysis in the future to track the success of the Sustainable Development Goals.

Chambers said in an interview about the new score, “We know that despite the efforts of governments and donors to improve health in low-income and middle-income countries, too many children die before the age of five. Without a way to monitor and publicly share progress regularly, we will miss the opportunity to build on the momentum we have seen since the millennium declaration.”

The IHME estimates that within the most impoverished nations, the cost to save a child’s life is about $4,000 US. The organization stated in its report that within countries such as Tanzania and Haiti, the costs are $4,205. They estimate within nations such as Botswana and Thailand, where economies are more developed, that the costs to save a child’s life are above $10,000 US due to high health care costs.

The Director of the IHME, Dr. Christopher Murray, said in a recent interview, “You can spend $4,000 on many different things, but there are very few places where the money would deliver the kind of impact you get by investing it in child health.” He continued in reasoning, “If you invest in the poorest countries, you will see the biggest impact in child health because the costs of things like nutrition programmes, vaccines and primary care are lower.”

The report analyzed both governmental and privatized donors and included internationally renowned agencies such the Global Fund, World Bank, UNICEF, USAid and Gavi. The study concluded that the efforts and financial support of Gavi, a global non-profit organization focused on vaccination, has saved over 2.2 million lives.

Looking towards future development initiatives such as the Sustainable Development Goals, Dr. Murray said, “We have seen such incredible success in saving children’s lives over the past 15 years. We need to take what we have learned from that experience and push for more progress and more accountability as we enter the era of the Global Goals for Sustainable Development.”