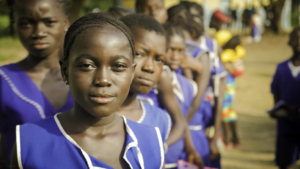 Efforts to address food insecurity in Sierra Leone, including those by the World Food Programme, the International Fund for Agricultural Development and Action Against Hunger, concentrate on combating these root causes and providing food to those in need.

Furthermore, malnutrition in Sierra Leone is a persistent problem because of food insecurity. A 2018 survey found that 24 percent of households reported consuming food from less than three food groups in a week. This diet can have a dangerous impact, especially on children as malnutrition affects their physical health and making educational attainment more difficult.  Of note, 31.3 percent of children in Sierra Leone suffer from stunted growth due to chronic malnutrition.