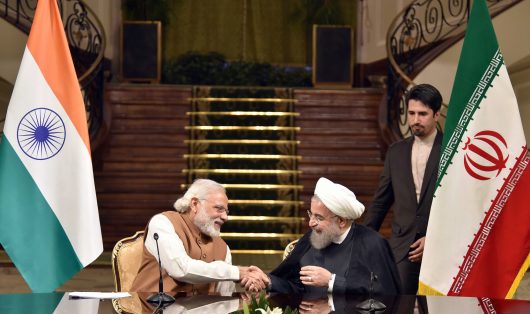 During Iran’s recent presidential election, one issue was on the minds of most citizens: how is the new president going to end poverty in Iran?

In 2016, Iran’s unemployment rates reached 70 percent in at least 1,200 towns. Fifteen million Iranians are deprived of even the most basic social services. Much of this unemployment and consequent poverty suggests that the assets gained from the suspension of economic sanctions from the 2015 nuclear deal did not reach the population. The new president has the power to dictate whether Iran becomes a bigger part of the global economy. This led to the deal which passed, rather than pursuing the traditional economic isolation that the country previously had.

With all this going on in Iran, poverty was on the minds of many during this election. Candidates Mostafa Aqa-Mirsalim and Mohammad Baqer Qalibaf both pledged to tackle corruption and poverty in Iran should they be elected. Qalibaf criticized the former Iranian president, Hassan Rouhani, on his economic performances. “There are many poor people with low incomes in a country rich in both natural and human resources,” Qalibaf said in an interview with PressTV. “We have made plans to salvage the economy by the agency of the very people. The country has the capacity, but this cannot come about through traditional, conservative and rent-seeking-based management styles.”

In the elections, held on May 19, Hassan Rouhani won re-election by a landslide with 57 percent of the vote. Despite poor economic conditions, the people of Iran have decided to give Rouhani a second chance to deliver on his promises of alleviating poverty and reforming the government. Iran’s current government is run by a religious leader, with the president playing a big role in foreign affairs and other political decisions.

However, many Iranians want a government that supports more human rights and social freedoms. While Iran now has more access to social media and the internet, activists and journalists are still being jailed for speaking out against the government.

With Rouhani in office, the people of Iran hope that he will take the uphill climb to help Iran’s economy and social situations.

10 Facts About Croatian Refugees Major Diseases in Moldova, One of Europe’s Poorest Countries
Scroll to top