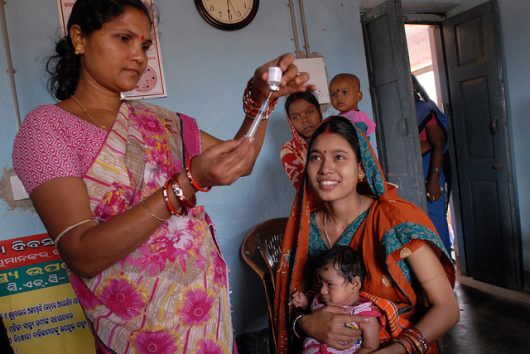 The vast apparatus of the U.S. State Department can make it an overwhelming organization to understand. However, by assessing its individual offices, it becomes clear how vital these agencies are to the State Department fighting poverty abroad. These are some of the most prominent branches of the State Department and what they do to alleviate global poverty.

The Bureau of African Affairs (BAA) has operated for decades, promoting democracy, human rights and economic ties beneficial to both the U.S. and its African partners. Democratic transitions in unstable nations have been assisted and coordinated in conjunction with the BAA. The Africa Growth and Opportunity Act, coordinated by the agency, contributes to the economic development that has seen millions lifted out of poverty in Africa.

The diplomacy conducted through the BAA highlights the importance of strong relations in allowing poverty alleviation programs to be deployed. By ensuring the cooperation of host nations, the State Department has been able to implement the Power Africa and Feed the Future programs. This is supported by the Global Health Initiative, aimed at eradicating debilitating diseases on the continent, with around 63 billion now invested in the project.

The Office of Global Food Security is another branch of the State Department that contributes to poverty alleviation. As with the BAA, it utilizes its diplomatic toolbox to put in place development programs aimed at eradicating poverty.

The office is particularly focused on agricultural development and promotes employment and entrepreneurship opportunities in agricultural sectors to end famines and establish more secure rural economies.

Aside from boots-on-the-ground agencies, the Bureau of International Organization Affairs is vital for developing and sustaining relationships with important organizations in the fight against global poverty. This office uses diplomacy to strengthen ties with the U.N. and its auxiliaries (such as UNICEF) in concert with promoting U.S. leadership in democracy promotion and poverty reduction. Despite receiving scant media attention, U.S. cooperation with Amnesty International and the Red Cross depends on the IO Bureau.

What Do Most Developing Countries Have in Common? What Does It Take to Become a Senator in the United States?
Scroll to top