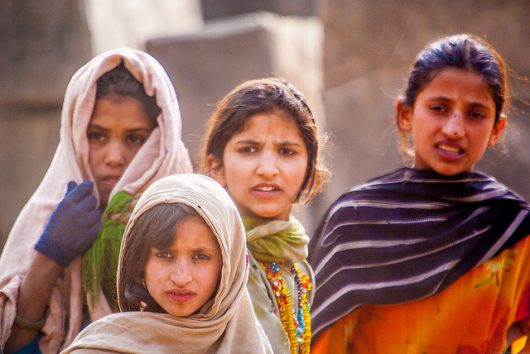 Afghanistan has been in the midst of a war for several decades. While the conditions of war have the ability to stunt progress, the Afghans are unwilling to let their education system crumble. Whether it be national initiatives or programs developed by smaller organizations, education in Afghanistan continues to make progress.

In recent years, Afghanistan has made drastic progress in its education system. In 2002, about 900,000 boys attended school; girls, on the other hand, were not given the same opportunities. Most girls were educated at home to read and write but not much more. With the help of private donors, these numbers have begun to drastically change, and the Ministry of Education has since been able to build 16,000 schools across the country.

Now, there are over nine million students in Afghanistan, 40 percent of which are girls, a stark contrast to the state of education 15 years ago.

Not only is the government working towards creating a better education system throughout the country, but privately-owned companies are trying to make positive changes as well. Teach for Afghanistan, a sector of Teach for All, has been avidly working toward enrolling more students in school. While numbers of adolescents in school have been on the rise, there are still over three million children unenrolled in school, with two million of those actively working instead.

Additionally, schools still do not have enough teachers, leading the student to teacher ratio to be 111 students to one teacher.

In order to combat this problem, Teach for Afghanistan’s founder, Rahmatullah Arman, has helped obtain more teachers around the country. In the eastern province of Nangarhar, there are 80 graduates from Afghan universities teaching 23,000 students in 21 schools as part of the program.

When selecting fellows to teach for the program, it was important to the program to hire many female teachers to try and change the mindset for female education in Afghanistan. It is common for girls to be pulled from school, but the teachers try to reach out to parents and keep as many girls in school as possible.

Education in Afghanistan isn’t perfect; there are millions of boys and girls who are uneducated and female schooling is still seen as less essential to families throughout the country.

While there are still changes that need to be made, many people, as well as the government, recognize the importance of a strong education in giving their people the best chance in the future.

What Do Most Developing Countries Have in Common? What Does It Take to Become a Senator in the United States?
Scroll to top