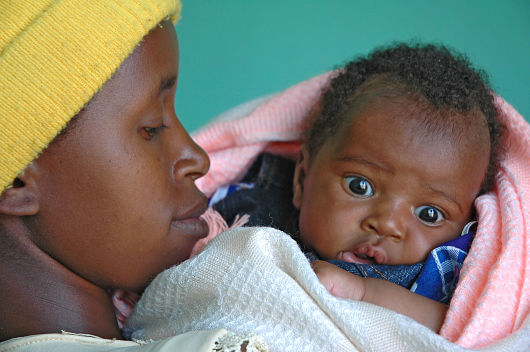 In the United States, alcohol is required to have a warning label informing pregnant mothers that alcohol consumption can cause birth defects to their unborn children. Even so, children are still born with Fetal Alcohol Syndrome (FAS). Globally, FAS is also an issue, especially in areas where there is a lack in education and a strong cultural tie to alcohol consumption.

FAS is caused when a mother drinks alcohol during her pregnancy. The alcohol passes through the umbilical cord, acting as a solvent on the developing child’s brain. The Center for Disease Control and Prevention warns that “Drinking alcohol during pregnancy can cause miscarriage, stillbirth, and a range of lifelong physical, behavioral, and intellectual disabilities.” There is no amount of alcohol that is safe to drink while pregnant, nor is there an appropriate time frame to consume alcohol during a pregnancy.

There are several physical and cognitive conditions that a person with FAS can suffer from, including having a hard time with school and learning, poor judgment and reasoning, a lack of empathy, shorter height or lower body weight than average and hyperactivity, to name just a few.

FAS is one of the most prevalent cognitive conditions to affect children, yet it is also the easiest to prevent. Quite simply, a woman should not drink any alcohol if she is pregnant, trying to become pregnant, or not properly preventing pregnancy.

Moreover, FAS has no cure. Once a child is diagnosed, the only treatment is psychological and/or physical therapy to help the person live with the disability.

FAS does not discriminate — children can be born with FAS along every socioeconomic, racial and educational strata. The prevalence of drinking among the poor, usually as a cultural event or tradition, distinguishes FAS as a poverty-related issue.

South Africa is one nation that understands the urgent need for education about FAS. According to the World Health Organization (WHO), “Fetal alcohol spectrum disorder is the most common birth defect in South Africa, by far more common than Down syndrome and neural-tube defects combined.” While the issue is a national one, rural communities in South Africa have a cultural history of alcohol consumption, especially in the wine-making regions.

Nongovernmental organizations (NGOs) have made great strides in trying to eliminate FAS from affecting future generations in South Africa. NGOs such as FASfacts and the Foundation for Alcohol Related Research (FARR) have created educational training to help those most at risk in their country. This is especially important, since FARR estimates that up to “Twenty percent of the [South African] population [was] affected by alcohol exposure during pregnancy.”

Australia has undertaken a similar effort to help their aboriginal communities. Those involved in the movement remind readers that, “as in many disadvantaged communities around the world, alcohol abuse was common half a decade ago. The high consumption of alcohol resulted in high numbers of alcohol-related deaths and suicides, and widespread violence and crime” (WHO).

Alcohol abuse resulted in many children being born with FAS in the aboriginal communities. These children are at risk to continue with the same choices their parents made, with the greater disadvantage of having the lower judgment skills associated with FAS.

The Lililwan Project has been created to help the aboriginal community treat people with FAS and provide educational information regarding alcohol consumption.

In short, FAS does not have to be a chronic generational disorder. Thanks to various educational programs around the globe, more and more people are understanding the dangerous implications that are associated with alcohol consumption during pregnancy. Future generations do not need to be affected by a cognitive disorder that is completely preventable.