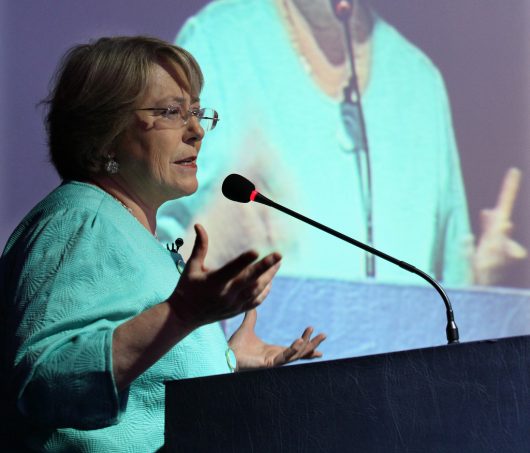 In the year 2017, many countries still face a large difference in societal power between genders. One of these countries is Paraguay, which is located in central South America. Women’s empowerment in Paraguay is on the rise, specifically when it comes to women joining the workforce, enacting laws preventing violence against women and increasing access to sexual education.

Paraguayan President Horacio Cartes said in a speech to the U.N., “I make a firm commitment to strengthening the actions needed to speed up the advancement of real and effective equality between men and women in my country.” He supported the Public Policy Law for Rural Women, which aims to help women who live in remote areas gain employment despite scarce resources and few job opportunities. The policy will help provide women with agricultural training. Not only will this help feed families, but it will encourage women to become entrepreneurs. By the end of 2015, this policy had already reached 1,000 women.

Violence against women is an injustice that has been occurring for too many centuries. The president approved the Law for Comprehensive Protection for Women Against Any Kind of Violence in 2016. This law, as well as a commitment to coordinating efforts to fight violence against women and sex trafficking, will help foster women’s empowerment in Paraguay. The law will also help to better punish perpetrators and make sure they actually serve jail time or some other adequate punishment.

Teen pregnancy is a growing issue for women’s empowerment in Paraguay. Due to a lack of sex education, nearly one in 20 Paraguayan women have given birth by the age of 20. Becoming pregnant at a young age can complicate completing school and entering the job market. The Mbaracayú Education Center was opened in 2009 to provide the education that young women deserve. The education center is about more than sex ed: it also teaches job skills, including IT skills, textiles, tourism and environmental management. Movements like these show that there are many people dedicated to women’s empowerment in Paraguay.