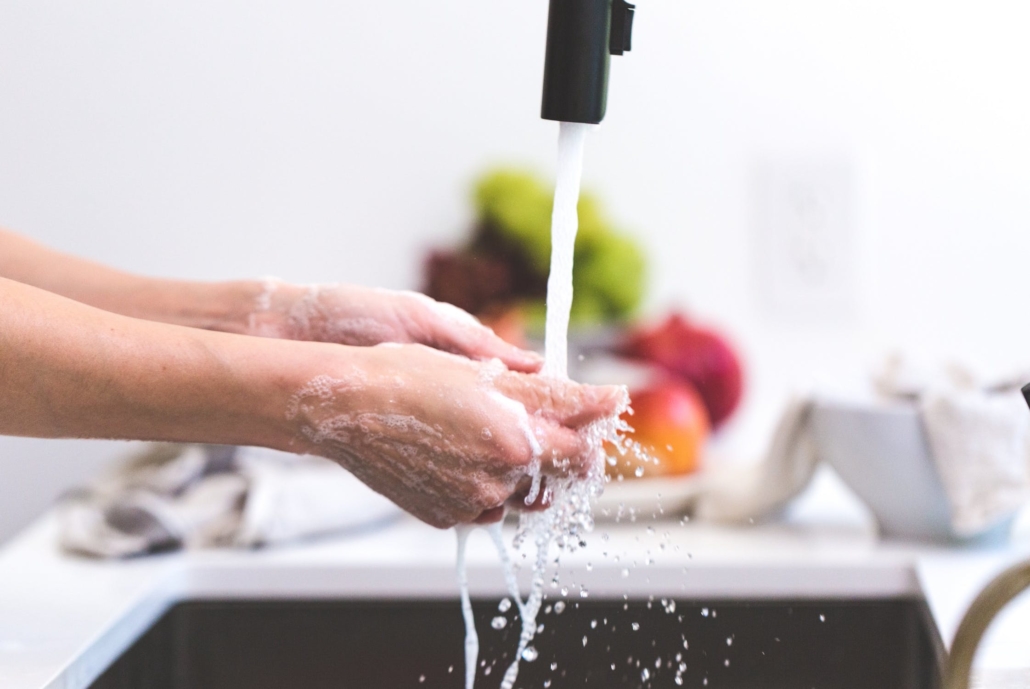 Types of Enteric and Diarrheal Diseases

Rotavirus: Rotavirus is a highly transmittable disease and is one of the main causes of severe diarrhea in children. The disease affects millions of individuals around the world every year and is the cause of death in over 215,000 cases. The disease most often transfers via consumption of fecal matter, which can occur when individuals do not have access to proper handwashing and sanitation facilities. The Rotavirus vaccine can help prevent rotavirus. It is effective in preventing severe rotavirus in 90 percent of cases and the WHO has recommended it for use. Typically, children that are two to six months old receive two to three doses of the vaccine. Individuals who do not receive this vaccine and contract rotavirus (or cholera, typhoid, or shigella) most often receive treatment with either zinc supplementation or rehydration therapy or both. Zinc supplementation can reduce the severity of diarrhea in an individual while oral rehydration therapy can help rehydrate an individual that has become dehydrated due to diarrhea.

Cholera: Cholera is another diarrheal illness that individuals can contract by consuming contaminated food or water. It affects roughly three million individuals around the world every year and is the cause of death in nearly 145,000 cases. Furthermore, there have been recent outbreaks in countries like Haiti, Sierra Leone, Zimbabwe and Guinea. Like rotavirus, a specialized vaccine can prevent cholera as well as sound sanitation techniques. Individuals older than six receive the vaccine in two doses while younger individuals receive three doses.

Typhoid: Like rotavirus and cholera, typhoid is transmitted through fecal contamination. It affects 22 million people annually and is the cause of death in roughly 200,000 cases per year. Before recently, no one had developed a vaccine to treat typhoid; however, in 2018, the WHO approved a vaccine called Typbar TCV. Scientists from Bharat Biotech International, a biotechnology company based in Hyderabad, India, developed the vaccine. Hundreds of thousands of individuals have received the vaccine and it has played a key role in stemming a recent typhoid breakout in Pakistan.

Shigella: The last major form of an enteric/diarrheal disease is shigella. Over 165 million individuals contract shigella every year (causing one million deaths), in large part due to the fact that there is no preventative vaccine for the disease. Because of this, much of the effort that has been given to prevent Shigella recently (as well as rotavirus, cholera and typhoid) have focused on ensuring proper hygiene and sanitation in areas that are at risk for fecal contamination. Listed below are some promising solutions to improve hygiene and sanitation in developing countries around the world.

Janicki Omni Processor (JOP): The Janicki Omni Processor is an innovative solution that can help turn waste into clean drinking water. To do so, wet waste enters the JOP which dries and burns the waste in a controlled fashion. The JOP filters and condenses the resulting steam from the burning process, distilling the water. This water then receives treatment in order to meet clean drinking water standards. The JOP is environmentally friendly (the entire process is self-sustainable) and, through heavy funding from NGOs such as the Bill and Melinda Gates Foundation, it is a cheap and efficient way to provide clean water to communities throughout the developing world.

Nano Membrane Toilet: The Nano Membrane Toilet is a promising solution with regards to sanitation practices throughout the developing world. The toilet is sustainable and requires no water or electricity to function. It works like this: after an individual uses it, the toilet utilizes a waterless flushing system to separate the urine from the feces. The feces are then chopped up into small bits and placed into a combustion chamber. After roughly a week, the feces will turn into a substance similar to ash and people can safely deposit it in the trash. The water, meanwhile, enters a separate tank to purify. The purified water then enters a tank at the front of the toilet for the purpose of outdoor irrigation and cleaning. The Nano Membrane Toilet is a promising solution to help reduce feces contamination because it does not require water to function and is easily implementable in many communities around the world.

Hand Washing: Hand washing isn’t a new technology, but it can go a long way towards preventing a multitude of enteric and diarrheal diseases. Research indicates that diarrheal deaths could decrease by as much as 50 percent if the prevalence of handwashing increased around the globe. NGOs such as The Global Handwashing Partnership and World Vision have done great work in recent years to lead handwashing programs in developing nations and increase awareness about the importance of handwashing.

The prevention and treatment of individuals with rotavirus, cholera, typhoid and shigella are some of the biggest challenges facing the world in the coming years. The transmittable nature of these diseases makes them difficult to eradicate, and people cannot fix many of the reasons that they are prevalent (lack of sanitation, poor water quality, etc.) overnight. Continued investments from governments and NGOs around the world in promising technologies like the Janicki Omni Processor and the Nano Membrane Toilet are a step in the right direction towards the prevention of enteric and diarrheal diseases in individuals around the world.