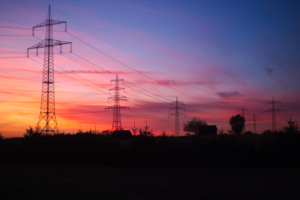 Germany has typically received most of its oil and gas imports from Russia, being more reliant on them than any other EU country. With the Russian invasion of Ukraine, these imports have plummeted, through EU sanctions and pipeline closures by Gazprom, Russia’s state-owned energy conglomerate. Germany has further committed to ending all reliance on fuel from Russia by 2024. Making this transition quickly is a monumental task, compounded by worldwide inflation and the lingering effects of the pandemic. As Germany’s energy market struggles to maintain affordable fuel for its citizens, many Germans are at risk of falling into energy poverty. Many different solutions are needed to combat this issue, such as reducing fuel usage, restructuring affordability, and finding alternative uses for fuel.

Natural gas accounts for 27% of Germany’s energy. Before the Ukrainian invasion, 55% of it came from Russia. EU sanctions and the partial closure of the Russian-owned Nord Stream pipeline has caused significant disruption to Germany’s energy market. Since natural gas is mainly used in Germany for heating homes and other buildings, there is a risk of many Germans falling into energy poverty this coming winter.

Energy poverty is when the cost of purchasing energy impacts one’s ability to cover other bills and expenses, or when a reduction in energy consumption impacts mental and physical health. One in four Germans are currently energy impoverished, up from one in six in 2018. The poor and disenfranchised are far more likely than others to slip into energy poverty. A member of Germany’s lower-middle class is now twice as likely to fall under the “energy poor” category compared to only one year ago. The German government is scrambling to ease the pressure of increasing prices for suppliers and consumers.

One of Germany’s efforts to curb energy poverty is through reducing the use of natural gas, through both energy-saving measures and switching to different fuels. Most public buildings are lowering their thermostats, and monuments will no longer be lit at night. Heated swimming pools are banned. Germans are being encouraged to take cold showers. The government is also reducing taxes on other forms of fuel, giving discounts to people who switch to public transportation, and reopening old coal power plants.

Another measure in Germany’s efforts to curb energy poverty is a new gas levy, or tax, for consumers, which will be in place from October 2022 through April 2024. While this will alleviate the pressure of surging prices from suppliers to help them remain solvent, there are concerns that it will push many vulnerable Germans into energy poverty. To counteract this, the government is giving subsidies to low-income households and households with children.

The German government is also shoring up gas reserves for the winter, when need will be the highest. As of early September 2022, gas reserves had reached 80% capacity, which is much earlier than expected. The filled gas reserves will help stabilize the supply during the winter, and reduce the risk of people becoming energy impoverished.

The subsidies, gas reserves, and the cutting of gas usage will save thousands from pressures of gas usage, and ease some of the burdens off the market. Reduced market burdens will give Germany’s efforts to curb energy poverty the time to stabilize the market, stop German citizens from falling into energy poverty, and lift those who have out.