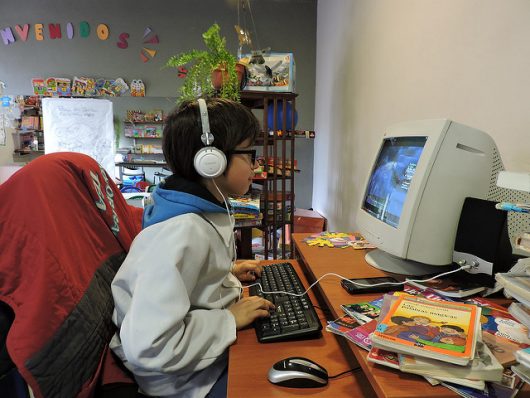 Supporting the education of women and girls around the globe is often a key component in efforts to end extreme global poverty. Statistics show that educated women marry later. This results in fewer child marriages and reduces fertility and infant mortality rates. Educated women are also more likely to go to work. When a woman receives regular pay, she can give back to her community, and when the working population in a community doubles due to female education, the cycle of poverty ends. This is why the World Bank Group (WBG) is focusing on ending the gender disparity in education in Uruguay.

Educating girls and women is WBG’s main goal in their fight to eradicate poverty. In Uruguay, women and girls face gender-based violence that discourages them from attending school. Gender bias and stereotyping is a long-standing issue in Uruguay that extends beyond the classroom. Recently the government in Uruguay has prioritized addressing the gender bias. They teamed up with WBG to implement the Improving the Quality of Initial and Primary Education in Uruguay Project to end gender-based violence and discrimination in schools.

The project is a part of the $2.5 billion investment in global education that WBG President Jim Yong Kim announced at the Let Girls Learn event in April 2016. Improve the Quality of Initial and Primary Education in Uruguay is a $40 million project that will implement teacher training to make educators aware of the gender disparity and equip them with the knowledge and tools to address it. The training will focus on social norms regarding masculinity versus femininity. In the process, WBG will direct a study of gender equality that will inform the Gender Equality Action Plan from 2017-2020.

In addition to addressing gender inequality, the project will also improve access to quality early childhood education. WBG plans to utilize the teacher training component of the project to focus on emotional and social development in primary schools. Their hope is to create a sustainable, gender-equal education system by implementing these practices from the beginning of a child’s schooling.

In April 2016, WBG President Jim Yong Kim said, “empowering and educating adolescent girls is one of the best ways to stop poverty from being passed from generation to generation and can be transformational for entire societies.” The Improve the Quality of Initial and Primary Education in Uruguay plans to do just that.