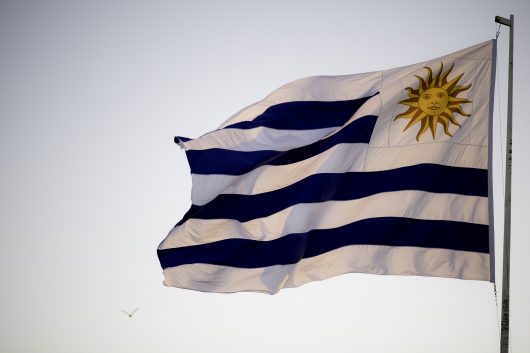 In recent years, Uruguay has been lauded as something of a success story in the realm of economic progress and poverty reduction. According to the World Bank, which has played an enormous role in supporting the Uruguayan economy over the past decade, poverty in Uruguay has decreased from 32.5 percent to 9.7 percent in the past ten years. Extreme poverty has nearly been eradicated with only 0.3 percent of the population being identified in the poorest sector. Still, poverty does exist in this Latin American country, and the causes of poverty in Uruguay can be summarized in three major categories: lack of education for young children, the rapidly modernizing rural sector and discrepancies in economic status between men and women.

A large majority of the impoverished population in Uruguay is made up of women and children. Children under the age of 15 make up a large percentage of the most impoverished sector. Further, rural families who fall in the poorest 20 percent of the population tend to have the largest number of children. This inverse relationship between family size and economic status contributes to the lack of nourishment and education available to the children in these families. Research performed by the Economic Commission for Latin America and the Caribbean revealed extreme learning deficiencies in children at the lower end of the socioeconomic spectrum.

The modernization of the rural sector has also played a large role in perpetuating the high level of poverty in the more rural regions of Uruguay. As rural production work is streamlined with the rise and availability of new technologies, those employed by rural producers are being forced out of work. While the more urban areas of Uruguay remain positively impacted by modernization the number of rural workers who are finding themselves unemployed due to modernization is also on the rise.

In both rural and urban areas of the country, women make up a large proportion of the workforce. In fact, Uruguayan women have the highest participation rate in the labor industry in all of Latin America. Still, the discrepancy in wages between men and women is enormous and one of the main causes of poverty in Uruguay. With Uruguayan women making less than 60 percent of men’s income on average, it is no wonder that women fall into the most impoverished sector far more often than men. Women also continue to fulfill traditional obligations in the home, allowing them less mobility and time during which to work for pay. As a result, single-mother households make up a large part of the poverty sector in Uruguay.

There is certainly still much work to be done in the restructuring of agribusiness, education and wage disparity between men and women if the causes of poverty in Uruguay are to be addressed in the coming years. However, the progress that the Uruguay has experienced in the past decade is no small feat.

With assistance from the World Bank, the Uruguayan government has been able to implement a development process — a composite of loans, insurance, donations and informational exchange — that has had outstanding results. In 2013, Uruguay was ranked as a high-income country with the largest middle class in the Americas, at 60 percent of the population. Beyond economics, Uruguayan citizens have an extremely high level of confidence in their government, based largely upon low levels of corruption and governmental stability.

Overall, Uruguay is something of an anomaly in Latin America in terms of its financial independence and high level of equal opportunity for citizens. And though poverty does still exist in the country, the prospects for decreasing the level of poverty even further are extremely favorable as Uruguay continues to grow and prosper as an egalitarian and economically stable country.