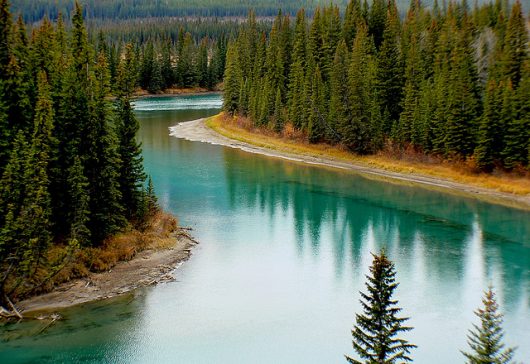 The drinking water in Canada is generally of excellent quality. The risks to the drinking water supply are minimal. However, the minerals, silt, vegetation, fertilizers and agricultural run-off in the water may pose some health risks.

Canada has a multi-barrier approach to safe drinking water which serves as a guideline for every drinking water system and is used to maintain water quality.

The federal government plays the most important role in scientific research monitoring and leadership on the development of guidelines for water quality in Canada. Seventy-five percent of Canadians are serviced by municipal sewer systems and the remaining 25 percent by septic disposal systems. Despite the best efforts of suppliers, municipal water supplies can sometimes become contaminated and in these cases, precautionary measures such as boiling water before consumption is advised.

Municipal water waste discharges were one of the largest sources of pollution to the water quality in Canada in 2006 and generated 84 percent of the water effluents reported to the National Pollutant Release Inventory.

Sewage treatment continues to improve as more municipalities upgrade their treatment facilities and there has been an increase in the frequency and extent to which drinking water guidelines for nitrate have been exceeded in groundwater across the country.

The quality of water in Canada is the best it has ever been and is much better today than it was 30 years ago.