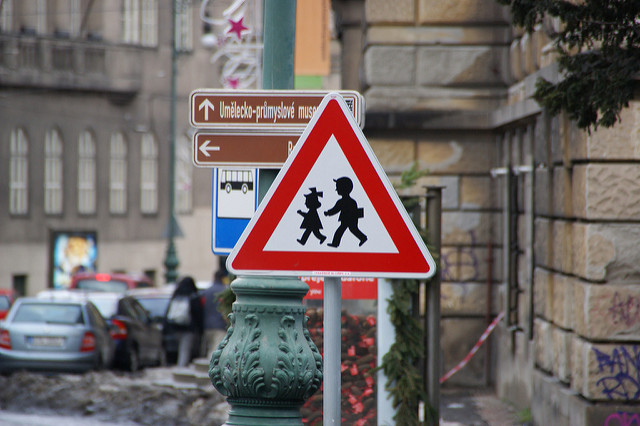 One of the former Soviet bloc countries in Europe, the Czech Republic has a robust economy and a low poverty rate. But education in the country is still very much in a transitional phase. Czech students continue to face challenges in improving their performance as the country slowly moves to a more inclusive education provided to all.

The provision of education in the Czech Republic is controlled by the Charter of Fundamental Rights and Freedoms, which is a part of the Constitution. Education is compulsory for all children at the age of 6 to 15 years.

Compulsory education in the Czech Republic was first instituted in 1774. Though the official language of instruction is Czech, which belongs to the western Slavic family of languages, several international schools teach in English and other languages. Grading levels in instruction range from výborný, the best grade, through to nedostatečný, the lowest.

The system of education in the country is broken down into pre-primary, primary and lower secondary, higher secondary, post-secondary (non-tertiary) and tertiary education. Education in the Czech Republic follows the standards of UNESCO’s 1997 International Standard Classification of Education.

The Ministry of Education, Youth and Sports administers education in the country, determining national education policy and the long-term policy objectives of education at all levels. It also accredits all study programs and grants those accreditations based on a decision by the Accreditation Committee.

Public, private, state and denominational schools make up the educational institutions. Public education in the Czech Republic is offered free of charge to all children, including foreigners attending primary and secondary schools.

Education policy in the country has undergone significant reforms in the last two decades. The Education Act controls the quality and administration of schools by establishing a self-evaluation program in a two-level structure.

Framework Educational Programmes (FEPs) govern every aspect of education, including its objectives, length, conditions for implementation, and special needs of some students. These FEPs are published by the Ministry of Education, Youth and Sports of the Czech Republic. Furthermore, each school delineates its potential under the School Educational Programme.

The Czech Republic has one of the lowest participation rates of higher education in the European Union. Still, enrollment in higher education has doubled since the 1990s. It is worth noting that higher education is free for all, and institutions are able to approve their own programs accredited by the independent Accreditation Commission. Bachelor, master and doctoral degrees are awarded to qualified students.

The Czech Republic has increased investments in education but still lags in financing near the average levels of the Organisation for Economic Co-operation and Development (OECD). Public funding is the major source of expenditure for these investments, and even an increase in private funding is not enough to replace public funding. Budget cuts have strained the government’s resources and affected the ability to provide quality education for all, mostly affecting non-teaching staff.

OECD has also noted that though the Czech Republic has made significant efforts to provide quality and equitable education to students, there is much room for improvement. Low performance, socioeconomic background of students, disadvantaged schools, student dropout rates and the benefits of education have all been assessed and analyzed by the OECD.

The Czech Republic has made important efforts to improve its education system and brought many necessary reforms in establishing a relatively autonomous national education policy. Inclusivity and equity need to be an important part of the process. By following the recommendations of OECD and continuing to address the educational needs of its students, this small nation can make a big difference in students’ lives.