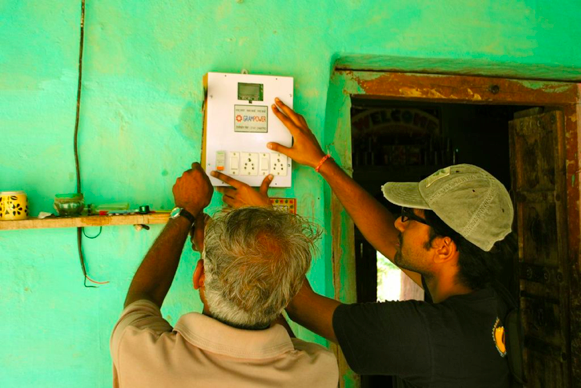 In less than 10 years, cell phone usage in sub-Saharan Africa has jumped from 5 to 30 percent of the population. Meanwhile, electricity access has barely kept up with population growth.

In the last six years, mobile phone companies have received $44 billion in investment, while electrification companies have attracted less than $100 million, despite the large potential market. There are 125 million energy-poor households in sub-Saharan Africa, who spend around $20 billion annually on energy needs.

The distributed energy service company (DESCO) model may be the solution that defies all the obstacles. This model aims to provide households with customizable energy solutions at a better price than what they normally spend on kerosene, which is the standard energy source for many in sub-Saharan Africa.

The promise of this model stems from its ability to provide energy solutions that are both cheaper and safer than kerosene, while the company is able to make a profit. The capacity of the model to generate revenue transforms the problem into a viable economic investment.

Rather than selling products for a lump sum of cash, the DESCO model installs electricity-generating assets and charges small installments. This payment model is much more affordable for those in poverty.

The DESCO model focuses on providing customers what they need for an affordable price, rather than attempting to maximize their electricity usage as a normal utility company would. This model does not require demand to be created for a new product, but simply for customers to switch to a cheaper energy option.

Utilizing mobile phone data and payment systems allows companies using the DESCO model to keep their operating costs low. Pioneer companies in this field include M-KOPA Solar in Kenya, Off Grid Electric in Tanzania and Mera Gao Power in India.

M-KOPA has given 500,000 homes in East Africa affordable solar power, at a rate of 500 homes per day. The company estimates that their current installments will save customers $375 million in the next four years.

Based in Tanzania, Off Grid Electric is connecting 50,000 people per month to sustainable electricity solutions. For every household reached, this company prevents 140 kilograms of carbon dioxide from polluting the atmosphere.

Off Grid Electric creates more than 40 jobs per month for an eager local workforce. The company uses SMS messaging to provide support for their customers at any time.

Some investors are hesitant to pursue off-grid energy solutions because of past failures in this field. However, with recent advancements in technology, the energy needs of sub-Saharan Africa has become a profitable market.

Users of DESCO will create banking accounts to make their payments, and this will spur economic activity, especially in the finance sector. Thus, this model will provide opportunities for economic growth as well as foster great improvements in quality of life for customers.