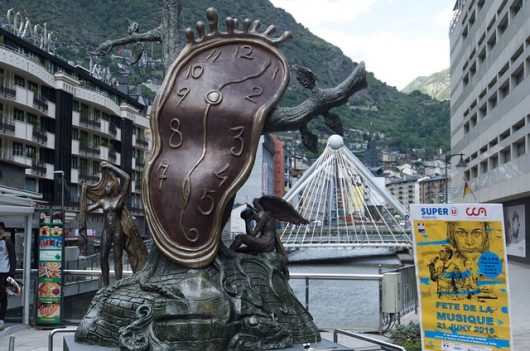 Positioned between the Spanish territory and France, Andorra occupies a small territory of 180 square miles. Considered to be one of the smallest countries in the world, its current population is approximately 77,000 people.

In 1982, the Andorran education system was implemented. This system helped built a strong school system that is now recognized as one of the best in the world, due to its language variety and free schooling up until high school.

As a country that borders France and Spain, its citizens speak mainly Catalan – a dialect of Spanish – as well as Spanish and French. Thus, education in Andorra is divided into those three languages. French-speaking, Spanish and Catalan schools are the three schooling options for students to choose from. It is well known that 50 percent of students study in French-focused schools, whilst the other half is divided between the Catalan and Spanish schools.

Added to the fact that education has three different options in regards to language, education in Andorra is also divided between public, private and state-funded private schools – which can be described as a middle option that lies between public and private education. This schooling system is similar to the one in Spain, due to the proximity of the countries and the overall similarities between them. With the same schooling system as Spain, Andorra‘s public school system is completely funded by the state, yet the teachers are paid by Spain and France.

A downside to the education in Andorra is the fact that there is only one university in the whole country, the University of Andorra. Thus, most students attend college in either France or Spain after they graduate high school, mostly depending on the language and school they previously chose to attend.

Overall, the school system and education in Andorra is one of the most surprising in the world. Such a small country is able to divide its school system into up to three languages as well as three different economy-based schools and high schools, giving opportunities to all citizens to be able to study and afford a quality education whilst doing so.

Funding and Support Key to Fighting Hunger in Grenada A Year of Positive Changes in Jordan: 8 Facts in 2017
Scroll to top