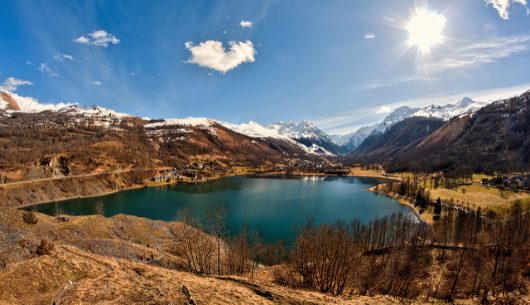 Although Andorra is a part of Europe, this small chunk of land skirts above the poverty line. Andorrans narrowly avoid poverty through trade alone, meaning one decision or mistake could lead people to ask: why is Andorra poor?

Andorra‘s independence has successfully lasted about 150 years, yet only five percent of their land is arable. Andorrans rely on Spain for 63.6% of consumer goods, food, fuel and electricity, while France provides them with 15.8% and Germany 3.1% of their resources. Andorra imports a total of 82.5% of these resources that are necessary for survival.

Without trade, Andorra would fall drastically below the poverty line because the land cannot support the population. Furthermore, Andorra does not contain an airport, thus they can only rely on neighboring countries for imported goods. If Andorra built an airport and made trade connections with multiple countries, it would not be as vulnerable.

Andorra’s basic education remains free for residents and they provide three different school systems to address the various language barriers. They have an Andorran, French and Spanish school system. The diversity in education allows greater access for children to become educated, leading to economic success.

It is not as if Andorrans have not considered the disadvantages of their trade-reliant society. In 2006, “the Andorran government began sweeping economic reforms,” hoping for economic growth. The government also passed foreign investment laws in both 2008 and 2012.

Andorrans live prosperously, while also hoping they will never be asked: why is Andorra poor?