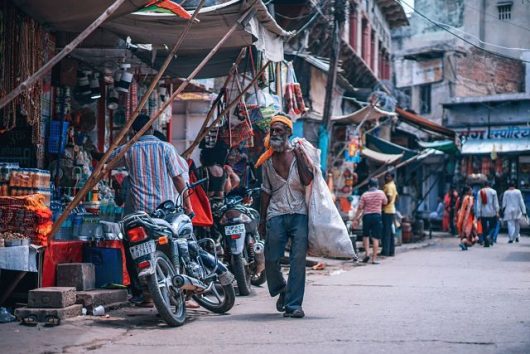 India, one of the most populous countries on Earth (around 1.2 billion people), witnessed rapid growth of its GDP over the last two decades, experiencing a surge in economic growth. In fact, income per capita has doubled in 12 years and triggered a solid overall reduction of the poverty rate.

According to the Central Statistics Organization (CSO), India’s gross domestic product grew by 6.3 percent, for a yearly rate of 7.1 percent between July and September of 2017; however, corporate earnings are expected to grow by over 20 percent in the financial year of 2017-18.

However, in the prospects of India’s GDP growth, the CSO has also included a slight decrease in the annual rate, which will fall to 6.5 percent in 2017-18. This result is an overall improvement considering that the Indian economy experienced a three-year low rate of 5.7 percent probably due to the implementation of a goods and services tax (GST).

The general picture, nevertheless, yields incredibly positive outcomes: income tax returns rose 21 percent to 42.1 million in 2016-17, and India gained a position as the third largest startup base in the world with over 4,750 technology startups, 1,400 of which were founded in 2016.

Moreover, the tax collection figures between April-June 2017 show an increase in Net Indirect taxes by 30.8 percent and an increase in Net Direct Taxes by 24.79 percent year-to-year — indicators of steady economic growth in India.

Among the factors that have and continue to contribute to the country’s development, it’s worth noting a few crucial ones i.e. fast-growing population of working age, wage costs and the structure of the legal system.

The presence of 700 million Indians under the age of 35 and steadily growing demographics for the next twenty years demonstrates the increase of the working-age population from 58 percent to 64 percent over the last two decades. Furthermore, many of these people are English speakers which creates a strong legal system and facilitates the attraction of foreign investments, especially from companies specializing in IT outsourcing.

Past and Future Progress

Wage costs are also quite low and the productivity gap between India and other countries has been massively reduced over the last few years. As a result, India’s economy has successfully increased the presence of businesses in the field of technology, an upturn that has created Bangalore as a hub for global software businesses.

This economic growth in India has lent a massive hand towards the reduction of poverty in the country and to the development of living standards of its citizens. While there’s still ongoing debates on what living in poverty means and what threshold we employ to provide an accurate definition of poverty, the number of poor people did in fact drop from more than 400 million in 2005 to 270 million by 2012 — a wonderful omen for today and the future.

While the World Bank still counts many people below the line of global poverty, India’s poverty rate is the lowest among countries with large poor populationS. Overall, the future is bright for this South Asian country!