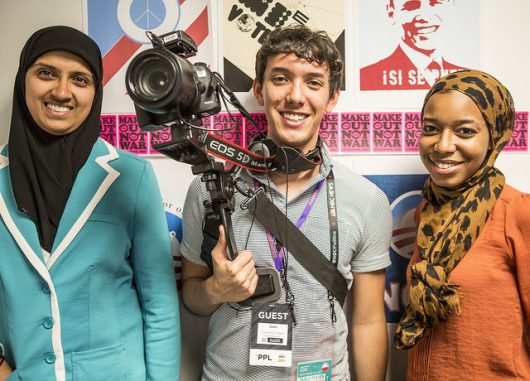 Increasing support for women who experience suppression from gender inequality in many aspects of society has been a focus of many aid organizations and support groups across the globe. According to USAID, “More than half a billion women have joined the world’s work force over the past 30 years, and they make up 40 percent of the agriculture labor force.”

Although some of these groups and organizations focus on specific issues, gender equality aid has been instrumental in reducing the gender equality gap that suppress so many women.

Various programs (not limited to those helping news anchors in the Middle East) have been extremely important in supporting young women as well as promoting education. In 2016, approximately $253 million in gender equality aid was used to assist Afghanistan with leveling the gender equality gap that limited capable women.

Challenges for Women in the Workplace

Debroah Amos, a reporter for ABC 2000, discussed some of the difficulties she faced as a reporter and news anchor in the Middle East:

“I faced a lot of challenges in my work: lack of training on how to deal with violence during field coverage, we work without personal protective equipment. Also, the Egyptian journalism syndicate didn’t give us legal protection. Also for me as a female, it was hard to deal with some Salafis during their demonstrations, as they believe it’s not permitted to talk with women,” she said.

News organizations promoting successful female newscasters and aid organizations supporting women via global funding projects is a powerful and influential combination. As a result of such efforts, women and news anchors in the Middle East are beginning to see changes in their work opportunities. As women advocate for themselves and use these resources to their advantage, true and revolutionary change continues to materialize.

There are several organizations and programs across the world working to reduce the gender inequality gap. A few of these include USAID, Canada’s Feminist International Assistance Policy, The “Gender Equality and Women’s Empowerment Strategy” in Australia, The Global Fund for Women and the National Organization for Women. In addition to these organizations, the International Women’s Media Fund (IWMF) also recognizes influential women in media.

With such powerful advocates in their corner, the push for increased gender equity and the presence of female news anchors in the Middle East is a feasible, opportunistic and exemplary reality.