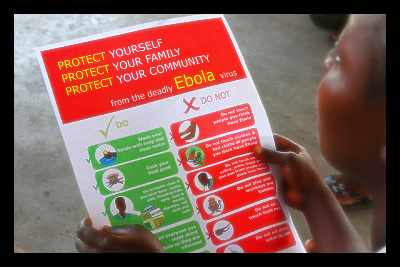 The Ebola outbreak in West Africa made apparent the brewing issues on healthcare aid in the region. Over the last ten years, aid traditionally allocated to West African governments transitioned toward the private sector. This has left Africa helpless in independently addressing these wide-scale problems at an institutional level, many experts say.

The billions in aid dollars directed toward philanthropy programs and global campaigns steadily decreased disease in Africa over the last ten years. These programs typically work more on a case-by-case basis, leaving the countries battling widespread Ebola weak in their capability to respond.

This private vs. public sector debate on aid is an age-old one. Politics professor from Georgetown University, Carol Lancaster, discussed addressing global health problems in an interview with The Economist in 2009.

“Does anybody believe that the many millions of HIV/AIDS-afflicted Africans now receiving aid-funded antiretrovirals would be alive today in the absence of public aid funding the delivery of those drugs?” she asked. “Neither charities nor entrepreneurs could or would undertake such ambitious efforts to help those both poor and sick.”

On the other hand, some argue operating aid through governments results in wasted resources. Philanthropic initiatives pegged with the term “philanthrocapitalism,” has been argued to be more efficient and encourage innovation.

“Coming from the business and financial world they, rather than bureaucrats, understand what it takes to build strong businesses,” said co-author of the book “Philanthrocapitalism: How the Rich Can Save the World,” Michael Green.

President of the African Development Bank, Donald Kaberuka, acknowledged the benefits of specific disease-based aid: “It was like the sweet spot, easy to sell and the results are there,” he said.

However, he argued that ultimately this strategy neglected to establish district and community hospitals or help educate local health officials, and it left countries more dependent on outside help. Aid dollars working directly through government programs will better enable these countries to coordinate an effective response, Kaberuka added.

“In a situation like this there are so many little things happening but somebody has to tie it together and that can only be a government,” he said.

Aid for the Long Term

President of the World Bank, Jim Yong Kim, agrees that there are problematic gaps in aid work. “If the outbreak had happened in Rwanda my own sense is that because they built district hospitals and community hospitals and have community health workers connected to the whole system, that we would have gotten this thing under control very quickly,” said Kim.

U.N. Secretary-General Ban Ki-Moon encouraged a 20-fold increase in international aid toward countries facing Ebola outbreaks, which he refers to as an “unforgiving” disease.

Kaberuka encourages this increased aid but warns of reverting to old strategies that funnel it away from long term solutions. It is clear, according to him, that the countries don’t just need additional funds, they need aid reform.