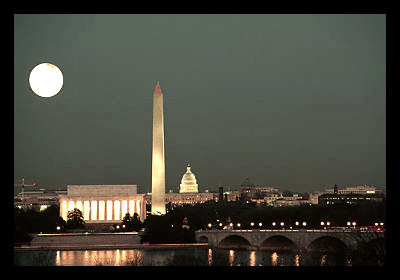 In an article in Dissent magazine, Joanne Barkan observes that big philanthropy “aims to solve the world’s problems–with foundation trustees deciding what is a problem and how to fix it. They may act with good intentions, but they define ‘good.’” For Barkan, the implication of this system is that the powerful and wealthy define the problem and how to solve it with little or no democratic controls. The article raises an interesting question: is big philanthropy democratic? It answers that question with a resounding “No.”

Barkan is quick to dismiss the laws and regulations that purportedly govern philanthropic organizations. These rules include restrictions on self-dealing, lobbying, and endorsing or supporting candidates for political office. Due to a variety of factors such as loopholes, deregulation, and lack of resources, these rules have been rendered ineffective in governing the operation of these organizations. And, of course, what has become something of a mantra in our society, the wealthier are able to get away with more indiscretion.

With little public oversight, these mega-organizations are free to govern themselves and raise tax-exempt funds from other wealthy donors. What is done with the money, of course, is up to the board of trustees that governs the organization. Although there is a 5 percent payout rule, which requires foundations pay out at least 5 percent of their endowment’s value each year, Barkan points out that this payout rule includes all reasonable expenses of administering the foundation, including salaries, trustee’s fees, travel, and receptions.  Salaries for philanthropic-executives can sometimes reach seven figures, allowing for something of a lavish lifestyle.

Another issue is the type of people that trustees choose to hire for their organizations. Traditionally, management consists of “insider” individuals that come from a business background–management consultants, businesspeople, lobbyists or scientists. Kavita Ramdas, Executive Director of the Program on Social Entrepreneurship at the Freeman Spogli Institute for International Studies at Stanford University, has pointed out that these hiring decisions are reflective of a metrics-driven and efficiency-seeking approach to social change—an approach that is not effective in handling, “the nuance and inherent humility of the social sciences.”

As government resources continue to shrink, those services once considered public will be controlled by private organizations. Philanthrocapitalism is filling the public void and its proving to be big business. In America today, there are 67 grant-awarding foundations with assets totaling more than $1 billion. Many will argue that these actors are using the money they have earned to fund humane endeavors. Others, like Barkan, see mega-philanthropies as another way for the wealthy to decide how to improve humanity and promote an agenda that serves their interests and ideas.