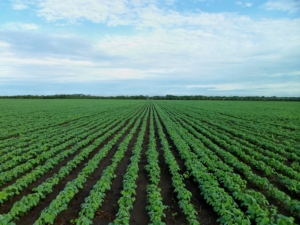 Faced with corruption, Zambia turns to mobile phones. Within the next two to three months, the country will launch a system of e-vouchers operating through mobile phone networks that will cut out the middleman and allow farmers to choose which agro-dealers they would like to purchase from directly.

The e-voucher program, just recently approved by the Zambian government, will cover seeds, fertilizers and herbicides, offering subsidized agricultural products to small-scale farmers. Access to farming products and services, it is hoped, will also become more speedy and efficient through use of the new system.

The Zambian government and the UN Food and Agriculture Organization (FAO) jointly facilitate the e-voucher project. The system will also benefit from US $6.5 million and US $9.7 million in funding from the Norwegian government and European Union respectively.

Functioning on a mobile phone network, the e-voucher initiative is an update on previous paper voucher systems. The digital nature of the e-voucher platform makes the process more secure and expedites trade through automatic payments to suppliers upon successful e-voucher redemption, keeping with the rising trend of mobile phone banking throughout Africa.

Many have high hopes for the e-voucher program, believing that it will empower farmers, whose crops make up 12 percent of Zambia’s exports.

“It gives farmers a choice in where they want to spend their money,” stated Zambia’s FAO representative, Noureddin Mona. “A farmer can use their voucher at any participating agro-dealer.”

Roger Phiri, president of the National Association for Peasant and Small-Scale Farmers, also holds this belief, stating that the use of e-vouchers will serve to prevent monopolies by agro-distributors.

It is important to note, however, that the e-voucher system will only empower farmers so far as their suppliers are in the system as well. In order for farmers to buy from a diverse range of suppliers, said range of agro-dealers must be e-voucher network members.

“The e-voucher system will only be appropriate if the voucher pack provides for diversity of inputs and services for a farmer to choose from,” said Agnes Yawe of Participatory Ecological Land Use Management. Yawe added that, while strong urban networks of major agro-dealers exist, rural networks remain subpar.

After initial tests in twelve districts yielded promising results, Zambia recently decided to expand its e-voucher system through a 28-district follow up test. The program also builds on successes of similar e-voucher initiatives in Rwanda, Malawi, Zimbabwe and Mozambique.

The partners hope to attract participants by offering farmers who register pre-paid e-vouchers worth US$53. Ideally, the e-voucher system will not only expedite agricultural deals, but also empower small-scale farmers.