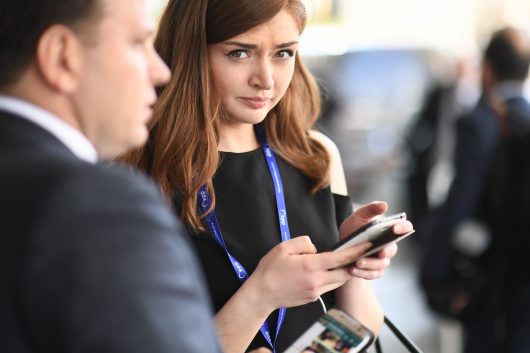 Since the results of the 2016 election, many people have been looking for ways to productively communicate their political positions. 5 Calls, a new nonprofit app and website created by a group of volunteers, provides an efficient pathway for contacting senators and representatives. Contacting Congress can be extremely influential in encouraging or preventing specific policy and legislation. The 5 Calls app makes congressional communication easy and provides a step-by-step guide to getting the most out of a call.

Activists of all stripes encourage the act of calling legislators, rather than emailing or ranting on social media. Congressional offices across the country tally the issues that are brought to them by the people in their district. These numbers are reported directly to representatives, making them aware of the issues that their constituents are passionate about. As stated on The Borgen Project website, “It’s not uncommon for a leader to support a poverty-reduction bill after as few as seven to 10 people call in support of it.”

The app’s website draws users in with, “Turn your passive participation into active resistance. Facebook likes and Twitter retweets don’t create the change you want to see.” Not only is the site’s strategy effective, but the 5 Calls app makes congressional communication easy.

Users enter their zip codes and receive their representatives’ names and phone numbers. Users can pick certain issues that they are passionate about, and are provided with a short and effective script specific to the issue that they selected. For example, some issues currently listed on the website include: “Keep Funding for ‘The Wall’ Out of the Budget,” “Demand Congress Support Healthcare for All,” “Urge Congress to Grant Asylum to Syrian Refugees,” “Keep the National Institute of Health Funded,” and “Ban the Use of a Brain-Damaging Pesticide.” The website also provides a summary of the issue’s context, explaining why it is relevant and why constituent calls are necessary.

The 5 Calls app makes congressional communication easy by providing phone numbers for representatives and senators based on a user’s zip code. The site is simple, aesthetically pleasing and effective. The 5 Calls app reports that users have made more than a million calls through the app. The site is run fully by volunteers, and all donations go to data updates and hosting the site. The app also offers an email alert option, which reminds users to stay involved and keeps them updated on current issues.

The 5 Calls app makes congressional communications easy, so there are no excuses for not advocating for personal political preferences. Calling Congress can make a difference, and apps like 5 Calls are paving a way for involvement and advocacy.