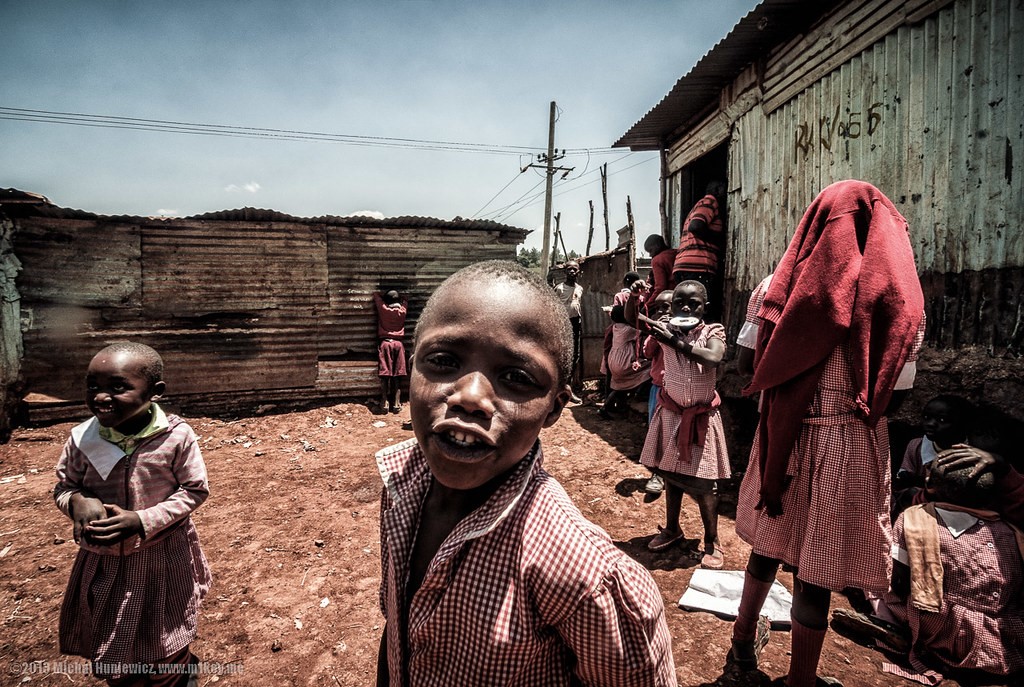 Addressing violent extremism requires going beyond a strictly military approach to address the root causes of radicalization. While many have argued that poverty is a leading factor behind radicalization, the relationship between poverty and violent extremism is complex. Poverty by itself does not necessarily lead to a rise in violent extremism. However, societal exclusion and marginalization, which poverty links to, have a significant capacity to propel people to violence.

A more accurate way of determining the relationship between poverty and violent extremism is to examine not just individual cases of poverty, but entire structures that lead to deprivation and exclusion. A variety of societal factors can drive people to extremism. Firstly, a failure of state governments to provide social services not only results in poverty but allows extremist groups to fill the service gap. Secondly, distinct economic inequality between social groups can lead to grievances and disillusionment which makes extremist viewpoints more attractive. Connected to this form of inequality is social exclusion, in which society relegates one group to its outskirts. Without an ability to fully participate in the community and take part in the political process, people may become desperate for a sense of belonging and empowerment, two things which extremist groups promise.

Feelings of abandonment and resentment are prone to occur in weak states which are unable to provide their citizens with security and basic services. This not only heightens inequality, but it also means that impoverished people may come to rely on terrorist groups to provide services. By filling this role of a social service provider, extremist groups can ingratiate themselves with the community and gradually recruit. Multiple terrorist groups have succeeded in proliferating through this welfare terrorism strategy.

Hezbollah, for instance, has established schools, medical centers and agricultural programs among Shiite populations in Lebanon, while Hamas has made similar investments in education, health and cultural establishments in the West Bank. The Taliban and Al Qaeda have both established religious schools which are sometimes the only educational option available in poor regions, leaving parents with little choice but to send their children to schools that can teach violent ideologies. The failure of governments to provide education, health and social services aids this phenomenon. When terrorist groups provide these services, it not only encourages the population to accept extremists into their community, it also delegitimizes the state and political system.

Additionally, it is necessary to evaluate poverty in context within a country in order to determine its relationship to violent extremism. Relative poverty tends to be more of a factor than absolute poverty in radicalizing someone towards violence. In other words, while poverty on an individual level is unlikely to prompt someone to become an extremist, the existence of societal poverty or marked inequality between social groups, can have that effect. People know inequality between groups, in which one group has privilege over the other, as horizontal inequality and it is particularly likely to lead to grievances and the perception of injustice.

One can find an example of horizontal inequality in Syria, where significant disparities have existed for decades between Sunni and Shia Arabs. Under the Al-Assad regime, Sunnis, who make up the majority of the population, have faced economic hardship and discrimination in favor of Alawite elites. Syria is one of the most economically unequal countries in the region with a GINI coefficient of 38.8, and regions of the country have experienced development in a very uneven way. Terrorist groups such as ISIS and Al Qaeda have been able to exploit Sunni anger at the state to recruit in Syria.

Social exclusion is also a crucial factor in driving people towards violent extremism. The U.N. defines social exclusion as a “lack of participation in decision-making processes in civil, socio-economic and cultural life” and the institutionalized withholding of rights which make it impossible to fully integrate with the broader community. When whole social groups receive systematic alienation, group members can become desperate for a sense of belonging and autonomy. This makes them ripe targets for recruitment into terrorist groups, which offer a sense of inclusion and identity.

As one young man in Kenya describes it, “poverty feeds terrorism by eroding a basic human need: the need to belong… Poor people have no stake in nations and economies that ignore them.”As he points out, a lack of economic resources means people are denied the chance to fully participate in and contribute to society. Instead, they spend all their time merely trying to survive. When young people are unable to find productive work and feelings of alienation and deprivation overwhelm them, it can tempt them to join gangs and terrorist networks. These provide not only money but a sense of belonging and utility. Additionally, an inability to enact change through undemocratic political systems may prompt people to turn to violence as an attempt to restore justice.

Activists in marginalized communities have worked to combat this problem through programs which provide not just economic assistance, but a sense of community. For instance, Shining Hope for New Communities (SHOFCO), works in Kibera and Mathare. The organization runs a school for girls that provides tuition-free learning as well as free nutrition and health services for students and their families. The organization also issues microloans which allow people to start small businesses and gain financial stability. Crucially, SHOFCO also works to provide a sense of community for residents through theater, soccer programs and employment advice sessions.

The Role of Foreign Aid to Reduce Violent Extremism

Beyond programs like these, foreign aid has significant potential to reduce the circumstances which can drive people to violent extremism. It is important that aid goes beyond economic assistance to address the sources of grievances which can lead to radicalization. Multiple studies have found that high levels of civil liberties and a strong rule of law correlate with a low number of domestic terrorist attacks. Repression and weak rule of law not only delegitimize the state, but they also deny citizens appropriate channels for addressing grievances through the political system, leading some to take up violent means. With this in mind, foreign aid which focuses on good governance and promoting civil society has the potential to reduce extremism.

One study which examined the number of terrorist attacks in countries from 1997 to 2020 found that governance and civil society assistance results in fewer terrorist attacks in countries that were not experiencing a civil war. As this study shows, investment in foreign aid has the ability to reduce violent extremism, which is one of the key priorities of U.S. national security policy. If U.S. policymakers want to stop the spread of violent extremism, they should support programs that promote providing people with basic needs, economic equality and give people a stake in their community.