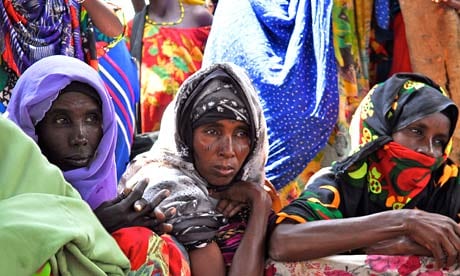 Djibouti, a small country wedged in the horn of Africa has had a long history of economic instability and poverty. In the last decade, the country boasted some of its highest poverty rates, however, after 2007, the Djibouti poverty rate finally started to decline.

In 2007, when the Djibouti poverty rate saw its first significant spike downwards, it was recorded at 42 percent. Now, with the buffer from aid organizations and economic help from foreign financing and foreign direct investments, Djibouti has successfully lowered its poverty rate to about 18.8 percent. This rate is a tremendous achievement as the last two decades the poverty rate has fallen about 30 percent.

Following its 2007 rate, the Djibouti poverty rate had dropped to 23 percent by 2013 and then to about 18.8 percent currently.

In 2011, Djibouti’s population reached 820,000. Unfortunately, most of the population were living in extreme poverty. The common causes of poverty in the country were consecutive years of drought, loss of livestock, destruction of crops, malnutrition and unemployment.

The little resources the natives did have were stretched thin for the influx of refugees from neighboring Somalia, where refugees were estimated at 15,000 and growing.

With resources quickly being depleted and food and fuel prices rising, organizations such as the U.N., the World Food Programme, UNICEF, the Food and Agriculture Organisation and the World Health Organisation raised approximately $20 million for food, drought relief, water rehabilitation and mobile health units.

Although the country still experiences a relatively high percentage of poverty and unemployment, the Djibouti poverty rate has successfully fallen and will continue to fall with help from foreign countries.