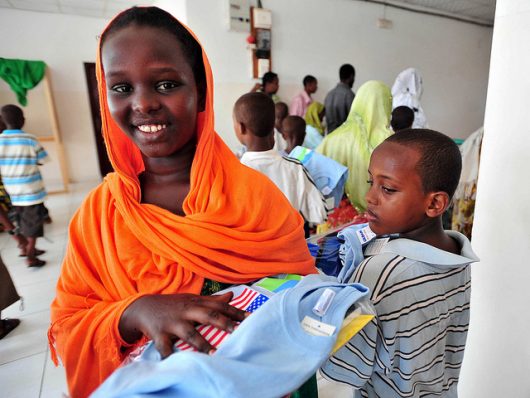 Djibouti, a small country in the region known as the Horn of Africa, has struggled in recent years with the effects of drought, famine and loss of income. As less than .04 percent of the country’s landmass is arable farmland, Djibouti relies heavily on other countries to provide food and other amenities, the prices of which can fluctuate wildly. As a result, Djibouti is in a near-constant food crisis, often finding it difficult to pay for the basic sustenance its citizens need. 23 percent of the population lives in extreme poverty and 39 percent of the population is unemployed. To address these issues, many organizations have already begun to work to improve conditions. Here are five ways to continue this good work and help people in Djibouti:

Djibouti’s economy and people have suffered greatly from factors far out of their control, and it is in other countries’ best interests to help people in Djibouti however they can, whether in small ways, like donating a few dollars to a charitable organization, or through larger ways, like pushing foreign governments to help. Given time and hard work, we can see Djibouti’s luck begin to change.