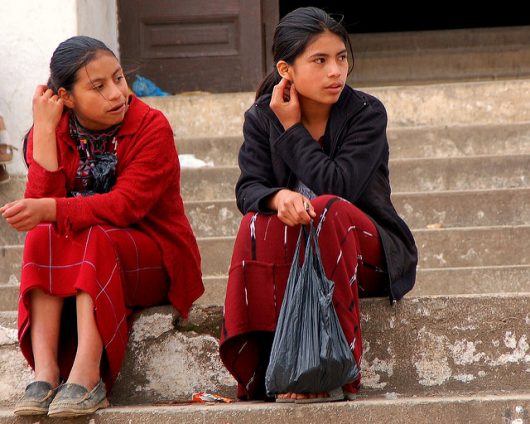 Guatemala’s pervasive culture of gender inequality – coupled with extensive sexual abuse in the home – promotes trafficking. Often, human trafficking affects families that have already experienced domestic and sexual violence by fathers and stepfathers. The violence they experience prompts boys and girls to run away from home, leaving them prey to sexual exploitation by traffickers. Mothers who sell their children into the sex trade are often victims of trafficking or domestic abuse themselves.

Education is a key factor in eliminating human trafficking; in Guatemala it occurs largely due to the absence of family education. Illiterate or uneducated children and adults are more vulnerable to abuse. Traffickers target poor, uneducated and unemployed women and girls, luring them with promises of earning money as a waitress or model. Girls as young as 12 work in brothels and are forced to have sex with up to 30 customers a day.

Just as it plays a large role in preventing human trafficking, education also plays a critical role in helping survivors of human trafficking to escape the trauma they experience after victimization. Instruction and counseling are immense steps toward rehabilitating the survivors and reintegrating them into society. When survivors are provided with education, they gain an opportunity to “reprogram” their lives by increasing their knowledge.

All members of society in Guatemala being more educated and knowledgeable on human trafficking is essential for the defeat of traffickers. Every avenue must be explored on how to raise awareness about the nature of the crime, its causes and the damage human trafficking inflicts on its victims.