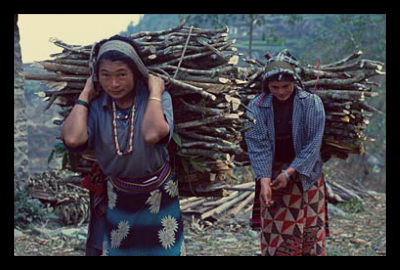 According to a new study, nearly forty two million women are living in poverty or on the brink of poverty. In over 40 percent of American households, women with children are the primary breadwinners.

One of the sole causes of poverty for women is the extreme gap between men and women’s wages in America. The national average wage has women earning 77 cents for every dollar men earn when you compare the yearly earnings of full time male and female workers. The National Partnership for Women and Families performed a study on California’s population, which shows that women can afford at least “62 fewer weeks of food for their families, seven fewer months of rent, and more than 1,900 fewer gallons of gas per year compared to men.”

For women of color, the distribution gap is even larger. African American women earn 67 cents to every man’s dollar and Latina women earn a mere 44 cents to every dollar men earn. In order to pull women away from the brink of poverty and into the middle class, this imbalance needs to be fixed.

When looking at poverty from a global perspective, 1,345 million people live on $1.25 a day. One of the main causes of poverty universally is the major lack of resources available to those that need them the most. Lack of resources can be defined as the inability to receive a proper education, decent healthcare and employment that is suitable for sustaining and affording necessities.

Poverty often times works as a vicious cycle. Without receiving a GED, or understanding the importance of receiving one, many adults are not able to attain a well-paid job.  Without holding a well-paid job, many adults are then unable to afford proper healthcare, and without healthcare mortality rates rise.  With higher mortality rates, for example in China, there is a greater likelihood for overpopulation and therefore higher rates of people living in poverty.

The economy is also a large cause for poverty. As the economy becomes healthier, there are more options for jobs and better income rates, but when the economy declines job availability also declines. According to the 2014 Index of Economic Freedom, the U.S. is no longer among the top 10 most economically free countries, but falls at number 12.

It is possible to become part of the top 10 again; within the past 20 years the global economy has increased by 20 percent.  Millions of people have managed to lift out of poverty and joined the middle class despite recessions and economic disasters.