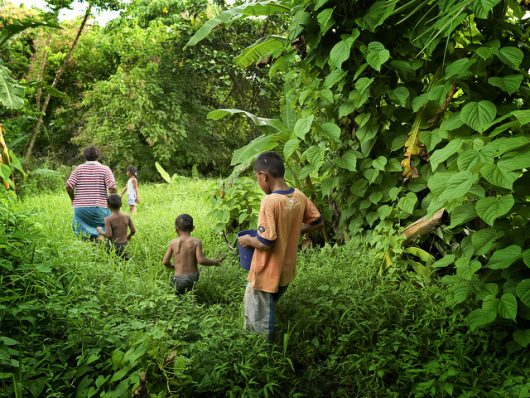 As of October 2015, 68 percent of all households in Samoa are raising various forms of livestock. There are currently 513,000 chickens and 168,500 pigs being raised. The country is dominated by agriculture, and instances of extreme poverty are very low, but 26.9 percent of the population lives below the poverty line.

For the poor of the country, poverty in Samoa contributes to the disparity in levels of higher education for females. Seventy percent of females that reside in households at the bottom half of income earning families usually only have a primary school education.

While food is affordable, other essentials take up a lot of the budget for most Samoan households. The World Bank is committed to supplying Samoa with increased funding, which is appropriate considering 29.4 percent of the population age 15 and above are employed.

Roads that are necessary for trade would be rebuilt, and the reinvigoration of the Samoan agricultural sector would be a part of the initiative. Making sure the country is able to meet its growth goals as well as enable an increased partnership with the World Bank would help alleviate factors of poverty in Samoa.

Many households only engage in agriculture as a secondary activity. Those are called minor agricultural projects and are a way of subsistence for people experiencing poverty in Samoa.

Upgrading cattle farms in order to strengthen the agricultural sector is one strategy the government is using besides the increase of crop production. Along with road construction to improve trade, Samoa has positive plans for the future. However, the high cost of non-food items will continue to be a burden on earnings making poverty in Samoa more apparent.

Mobilizing Youth in Cambodia Hunger in Taiwan
Scroll to top