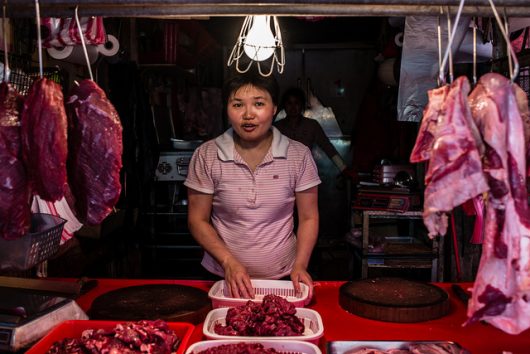 Taiwan is leading the way on international food aid projects to alleviate malnutrition abroad. The island nation off the coast of China, whose sovereignty is the center of political debate, is home to more than 23 million Taiwanese.

With a literacy rate higher than 98 percent, an estimated GDP per capita of $47,800 and the unemployment rate of almost four percent in 2016, poverty and hunger in Taiwan aren’t seemingly large issues. In 2012, there was an estimated 1.5 percent of the population living below the line of poverty.

It is debated whether Taiwan should be considered a developed or a developing country. When it comes to the topic of hunger, Taiwan is actually a leader in providing food for others who are suffering around the globe. Over the past few years, the country has begun producing many foods within their own borders with a focus on self-sustainability.

According to Food for the Poor, Taiwan has spent more than the past ten years, “providing life-saving food for hundreds of thousands of people in Haiti and many other countries.” At the end of last year, Taiwan was even specifically thanked by a group of volunteers from Africa for the significant role the country is taking on in alleviating world hunger.

In 1985, after nearly 20 years of help from abroad, World Vision Taiwan reached a point to be able to handle the hunger issues within their own country. Since then, Taiwan has been giving to hunger initiatives in more than 70 countries.

It’s clear that the issue is not so much those dealing with hunger in Taiwan — instead of that, “Taiwan is making tremendous contributions to combating global challenges such as poverty and hunger.” With famine and malnutrition being a life-threatening reality for many right now, perhaps other countries can follow Taiwan’s lead.