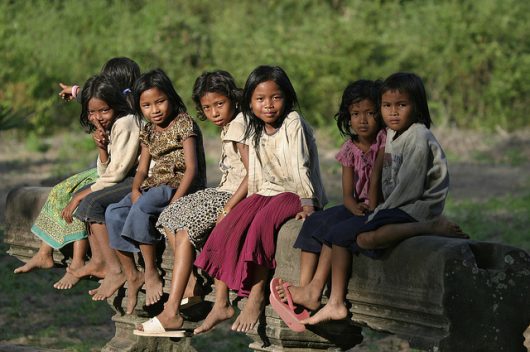 As more youth in Cambodia become politically aware, the country has seen significant strides by these individuals in advocating for change.

Such advocacy makes sense in light of changing technologies. As Ou Ritthy, the founder of a Cambodian discussion group, states: “Youth have two things: Information — from social media — and smartphones. They are more independent in terms of information.”

Not only has this allowed Cambodia’s youth to become more educated regarding governmental matters, but it has opened up opportunities for political networking. Through applications such as Facebook, these individuals can now unite through common interests. Together, they can plan rallies, organize volunteer efforts or simply instigate debate.

Furthermore, these efforts are having a bigger impact than ever before. As the New York Times reports, “Two-thirds of the population is under 30,” meaning youth in Cambodia now have the greatest capacity to bring about political change.

Student Thy Sovantha serves as one example. Sovantha created a Facebook page and posted Youtube videos supporting Sam Rainsy, the opposing candidate to Cambodia’s current prime minister Hun Sen, during the country’s 2013 elections. Her actions resulted in thousands of followers.

Sovantha is not the only one who opposes Sen, however. Youth protests were widespread during the 2013 elections, and efforts against his rule continue to this day. Cambodia’s elections later this year will be the final determinant of his power.

“The image of Cambodia in the international community has been damaged because they can see that…Cambodia is moving to dictatorship,” comments Ren Chanrith, a member of Cambodia’s Youth Resource Development Programme.

Regardless of Cambodia’s future regarding Sen, it is certain that youth in Cambodia will continue to have a big impact in what lies ahead for the country. This demographic change, combined with new technology, puts Cambodia’s youth at the forefront of politics.

Education in St. Kitts and Nevis Poverty in Samoa
Scroll to top