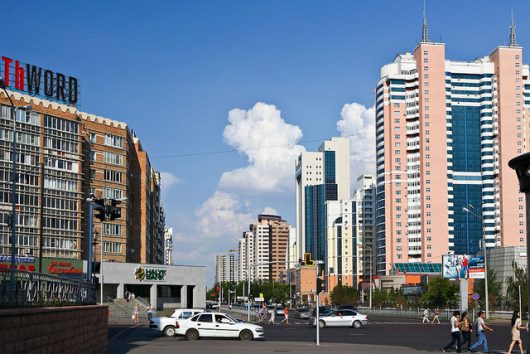 Kazakhstan, with a population of almost 19 million and territory measuring in at four times the size of Texas, is the largest of the landlocked Central Asian republics. Equally commensurate is its debt problem; credit access in Kazakhstan has been unstable, and the nation’s financial institutions have been similarly debilitated. Widespread individual and corporate debt have weakened the national economy and exacerbated poverty.

The Banking Crisis In Kazakhstan

Today’s banking crisis is hardly new to Kazakhstan. The global recession hit hard in 2008, and the government bailed its financial institutions out by reaching into its reserve funds valued at $43 billion. Nonetheless, even with a state-sponsored safety net, many of Kazakhstan’s largest banks are resorting to mergers in order to maintain operations.

The symptoms of the declining credit access in Kazakhstan are evident in the number of defaulted loans and the country’s tepid economic growth. Two of the main issues are the banking system’s lack of meaningful small and medium-sized enterprises (SMEs) interactions and its subsequent inability to maintain reasonable capital adequacy ratios in the face of financial hurdles.

In developed nations, SMEs contribute a significant share to the national GDP and employ a large majority of the workforce, from 60 to 70 percent on average. Among developing nations, those numbers fall drastically. But, Kazakhstan is behind even its peers in Central Asia in terms of homegrown competitiveness. Giovanni Capannelli, the Kazakhstan director at The Asian Development Bank, noted that “the Kyrgyz and Uzbeks have SMEs which are more competitive than SMEs in Kazakhstan in a number of sectors.”

Kazakhstan’s SMEs are held back by high-interest rates (up to 14.3 percent) and an unwillingness on the part of major banks to provide loans. Categorized by the system as high-risk debtors, many SMEs have nowhere to turn to except to microfinancing institutions (MFIs). The ones that do manage to get loans from the banks often fail to pay on time, if at all, due to an unfriendly business climate and a lack of government support. A vicious cycle of borrowing money to pay back loans commences, and as SMEs either sink further into debt or shut down with their loans transition into non-performing loans – loans that have not been paid back after a certain period of time.

This cycle feeds into the wider narrative of the recent year’s banking crisis. A high percentage of Kazakhstan’s loans were non-performing in 2017, spiking at nearly 13 percent after a year of averaging at less than 8 percent. For reference, an under-6 percent ratio is considered healthy. As these loans proliferated, banks became unable to maintain a solid capital adequacy ratio.

Capital adequacy ratio is referenced as the minimum ratio of assets and capital to its risk-weighted assets a bank must have. A too-low ratio implies that a bank does not have enough capital to absorb the losses of nonperforming loans and other financial woes. This is precisely what befell Kazakhstan’s financial sector. With inadequate capital and deteriorating credit portfolios (summaries of diverse investments and debts), banks began charging ever-higher interest rates to compensate, reducing credit access in Kazakhstan to a fraction of its former amounts.

Despite last year’s grim tidings, however, the Kazakhstan government has staved off some of its worst financial woes with a large stimulus package. It aided the ongoing merger of Halyk Bank and Kazkommertsbank, two of the largest banks in Kazakhstan, by injecting $7.4 billion in capital towards writing off accumulated bad loans of the latter bank. The two banks each have now a capital adequacy ratio of above 21 percent.

SMEs have not been forgotten either. The European Union launched its Regional Small Business Programme in 2018, which supplies Central Asian financial institutions with SME banking know-how and employee training designed to foster more stable relationships with local businesses. The World Bank’s 2015 initiative, The SME Competitiveness Project, aims to boost productivity and increase ease of access, “regardless of size or sector,” by 2020.

More can still be done. Kazakhstan’s GDP, to which the oil industry contributes a large portion, needs to be diversified to free the country from fluctuating global energy prices. A more stable economy would result in higher consumer confidence in the government and the banks associated with them, which is something they both lack.

Ongoing efforts in the SME domain could be ramped up further, and a market-orientated reform of Kazakhstan’s business laws has long been overdue. International and domestic collaboration on the issue of credit access in Kazakhstan may yet equip a faltering financial sector with the tools it needs to build a future of national financial growth.