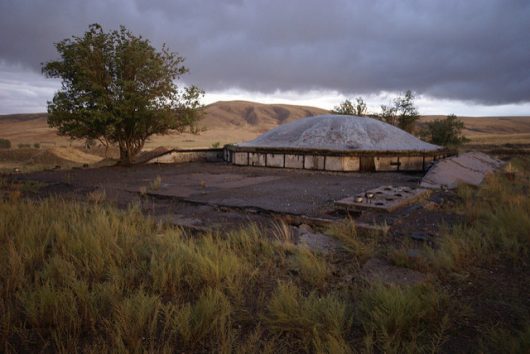 Since the turn of the millennium, Kazakhstan has made tremendous strides in reducing hunger and is now classified as a low-priority nation according to the 2016 Global Hunger Index (GHI). The GHI ranks countries based on a 100-point scale, taking into account the proportion of the population undernourished, and malnutrition among children and adults. According to the GHI, hunger in Kazakhstan is decreasing, having gone from a moderate level in 2008 with a score of 10.7, to a score of 7.8 in 2016.

In the heart of the central Asian region, Kazakhstan is the economic giant of the area. With a population of 18 million, it generates 60 percent of the region’s GDP. Its sustained economic growth in the last 20 years has helped lift millions out of extreme poverty, and in turn decreased starvation and malnutrition rates.

In addition to its economic growth, reducing hunger in Kazakhstan has been a concentrated effort in the last decade in the country. In 2007, as a partner of the Millennium Development Goals (MDG) program, Kazakhstan aimed to cut the proportion of people who have no access to balanced nutrition in half. This goal focused on solving nutrition deficiencies in children and women of reproductive age, including “hidden hunger,” defined as a lack of vitamins such as zinc and iron in the diet. Tackling malnutrition and famine in Kazakhstan continues to be one of the country’s top goals.

Since taking on this goal in 2007, Kazakhstan has reduced the percentage of the population that is undernourished from 3.5 percent to 2.5 percent.  It has also decreased the prevalence of stunted growth in children less than five years old from 18 percent to 13 percent. A comprehensive government program which strives to provide balanced nutrition for children under five to prevent malnutrition and nutritional deficiencies is the primary method of the reduction of hunger in the region. These measures may also be a contributing factor to why mortality rates under five continue to drop in Kazakhstan, reaching as low as 1.4 percent in 2016.

Hunger in Kazakhstan remains a problem due to the persistence of rural poverty, even though the country has seen significant progress in its fight against hunger. Rural poverty’s continued presence is due to a lack of development in farming areas in Kazakhstan, where across the country children account for 34.5 percent of those in poverty. Kazakhstan’s MDG initiatives aim to bring these numbers down and combat both poverty and hunger at once.

Kazakhstan is just one example of the many countries that continue to rise out of poverty and improve health and living conditions. In areas such as Central Asia and Sub-Saharan Africa, continuing the efforts to stifle hunger and malnutrition is vital to achieving the GHI’s goal of zero hunger by 2030.