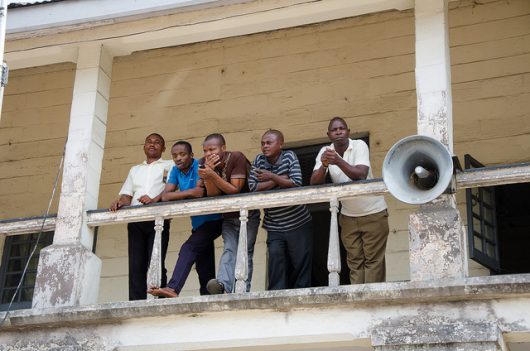 Drug trafficking is on the rise in Nigeria, along with criminal groups using the country as a base to move narcotics to neighboring regions. As a consequence of cross-border trafficking, illegal drugs are easily available within the country. A study conducted in 2017 found that cannabis is the drug with the highest rate of prevalence in Nigeria with 6.6 percent of respondents having used it in their lifetime. Though cannabis is the primary drug used in Nigeria, the use of other illicit drugs such as cocaine, heroin and methamphetamines is increasing.

Surprisingly, the greatest danger of drug abuse in Nigeria lies with substances that are not illegal. The abuse of alcohol and over-the-counter medications has increased significantly in recent years. Alcohol is the third most abused substance in Nigeria. In 2015, it was reported that an average of 11.3 liters of alcohol was consumed per person per year in Nigeria, which was among the highest levels of consumption for countries with a GDP measured in purchasing power parity of less than $10,000. The second primary type of drug used in Nigeria is opiates. Among the opiates being abused are several prescription drugs such as tramadol and codeine.

Despite the growth in awareness of the rising rate of substance abuse in Nigeria, there is very little data to show the extent of the problem. Studies have shown an increase in the consumption of illegal drugs through data such as arrest records, but capturing the rate of addiction to prescription and over-the-counter medication is much more difficult to ascertain. Not only is there a lack of addiction reporting, but there is also a lack of treatment. A vast majority of Nigerians live in poverty, and access to treatment for addiction is limited across the country.

New methods for prevention and treatment of substance abuse in Nigeria are underway. In 2013, the United Nations Office on Drugs and Crime (UNODC) initiated a program that focuses on fighting drug trafficking in Nigeria. Through the fight against criminal activity involved in the sale of illegal substances, the UNODC can reduce the availability of addictive substances in the country. This program also works toward ending addiction by gathering more accurate information on drug use, as well as improving treatment of addiction itself in hospitals and treatment centers.

Following the release of a BBC documentary on substance abuse in Nigeria and the development of addiction, the Nigerian government has instituted a ban on the import and production of a codeine-containing cough syrup, which will reduce the availability of codeine. Because the cough syrup was unregulated, people could buy it from pharmacies without a prescription, giving them easy access to addictive opiates. Other methods the government is using to fight against the growth of addiction include policies and taxes. The Nigerian government has instituted a new “sin” tax, causing tobacco products and alcohol to cost more. Hopefully, an increase in cost will reduce consumption.

With a health crisis that has severely increased in recent years, Nigeria has begun to institute new regulations and programs that will help people who may not have access to treatment for drug and alcohol abuse. Policy and program changes will help Nigeria fight substance abuse and improve the lives of those living in poverty or facing stigma for addiction.

How the European Union Fights HIV/AIDS Credit Access in Kazakhstan: A Symptom of Financial Stress
Scroll to top