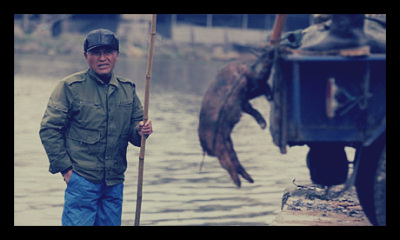 As the UN marks another annual World Water Day, all eyes were focused on Shanghai as the number of dead pigs dragged from rivers that supply the city with water was upped to nearly 16,000 within the last two weeks. Although Chinese officials claim that the incident is not related to water toxicity, the international community has become increasingly concerned as new reports claim that water contamination is the leading cause of illness in the country.

Last week, UNICEF released an alarming study that claims 90 percent of child deaths throughout China were related to bad hygiene and sanitation, and diarrheal disease through polluted water sources. An additional study done by Greenpeace East Asia corroborates these figures and also states that nearly 25 percent of the population has no source of safe drinking water, and an additional 190 million people who are forced to drink from contaminated sources.

Adding to concern is the annual water outlook study by OECD that states demand for water will rise by 55 percent within the next 37 years, while depletion of groundwater sources continues to occur, which the study says will become a major issue for certain regions within the next 10 to 20 years.

Although water access and contamination is slated to reach crisis levels throughout much of the developing world within the next few decades, governments have done relatively little to tackle this issue, with more focusing heavily on energy development and putting water sanitation to the side.