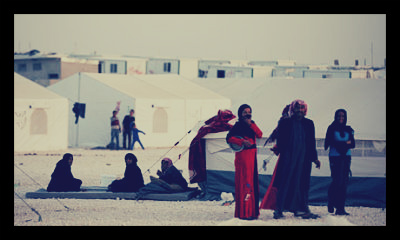 A group of 14 UK-based NGOs, The Disasters Emergency Committee (DEC), has made an “emergency appeal” to provide aid to Syria, which is struggling under the duress of a civil war. With recent news of chemical warfare being used against civilians and a death toll that has reached nearly 70,000, aid groups are struggling to keep up with the deteriorating humanitarian situation.

Recent estimates place at least 8,000 refugees fleeing the country per day, compared to 1,000 per day a few months ago.  Because of mass displacement and intense fighting, NGOs and other aid groups are finding it extremely difficult to reach civilians who are in need. Members of the DEC have been able to extend aid to refugees who have fled to other surrounding countries, and a number of other groups have had success reaching people throughout Aleppo, Damascus, Homs, and other areas throughout northern Syria.

The UN asserted that although they have requested $1.5 billion in emergency aid, only a small portion of that need has been met. The DEC’s Chief Executive, Saleh Saeed, said that even though a number of agencies are attempting to work together in the region, there remain a high number of civilians in urgent need, and that “the greatest challenge to meeting those needs remains the barriers to delivering aid which are faced by impartial humanitarian agencies such as our members,” as well as financial pressures.

The total number of people who are in need of aid directly stemming from the situation in Syria has reached 5 million, as the DEC plans to appeal to public and government officials for additional help.