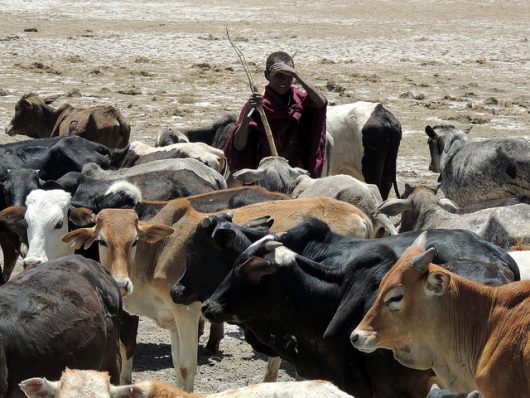 The Nature Conservancy, the Ujamaa Community Resource Team (UCRT) and the Northern Tanzania Rangelands Initiative (NTRI) have teamed up to find a solution for tackling communal land rights in Tanzania. They have come up with an initiative called the Certificate of Customary Right of Occupancy (CCRO).

The Nature Conservancy states that the “CCRO is a form of customary land tenure within a larger village holding. This is an effective tool for strengthening community land rights and securing communal lands.”

However, UCRT has updated the concept of land grants to a more secure communal forum where the land can be used by the community for several other purposes such as farming, grazing and foresting to name a few.

Historically, assigning land rights has been a topic of major concern throughout the world. According to the Nature Conservancy, 2.5 billion people “depend on land and natural resources that are held, used or managed collectively.”

This number includes 370 million indigenous peoples. These communities live on half the world’s surface but have recognized rights to only 10 percent of the land.

When the people who need this land lack any legal right to them, they are extremely susceptible to losing access to the very thing they need to survive.

Edward Loure, a program director at UCRT, has been working to give the people of northern Tanzania a voice in the communal community and to help reduce conflict. The main solution that has been put into place is the CCRO.

According to UCRT, “most traditional pastoralist and hunter-gatherer communities are currently at great risk of loosing (sic) their land and resources due to progressive land encroachment and lack of representation in modern Tanzania.” UCRT works to empower these communities.

Land acquired by hunter-gatherers or pastoralists often seems to be unused because the group is moving with the seasons or with the grazing patterns of the herd. This makes them particularly vulnerable to losing their land.

CCRO not only promotes equality in these communities but it also protects the rights of vulnerable people “who share and depend on communal land and its resources.”

Another problem in Tanzania that the CCRO works on solving is wildlife migration as 60 percent of African wildlife drift throughout the year. To that end, the NTRI has partnered with the Community Wildlife Management Area (CWMA) to help set up the corridors where livestock is not allowed during migration seasons.

As a result, the villages who are CWMA compliant are in a good position to negotiate with tourists during the migration seasons.

The winners of the prize encourage sustainability, protect endangered ecosystems or species, combat destructive development and fight for environmental justice and policies.