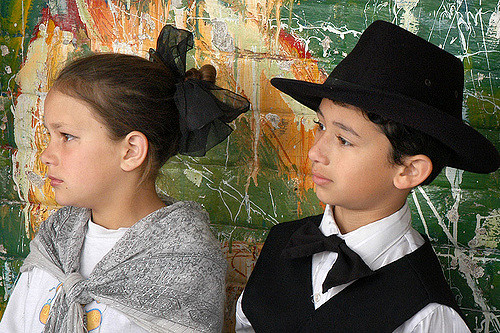 Uruguay is an upper-middle income country with a population of 3.444 million people. The country is located on the coast of South America between Brazil and Argentina. Like in many other countries, noncommunicable diseases have topped the list of common diseases in Uruguay.

Cardiovascular diseases constitute 30.6 percent of deaths in the country. Ischemic heart disease is the most common form of cardiovascular disease. Risk factors include unhealthy weight, high cholesterol and blood pressure, diabetes, unhealthy eating habits, smoking, stress and lack of exercise. In Uruguay, 56.6 percent of the population is overweight or obese, 29.2 percent have high cholesterol, 30.4 percent have hypertension and 5.5 percent have diabetes. Most people do not eat enough fruits and vegetables.

In 2006, Uruguay passed a smoke-free policy that mandated public facilities and workplaces be smoke-free. This lead to a 26 percent decrease in hospitalization for respiratory diseases between 2006 and 2012. There has been a significant reduction in asthma and pulmonary infection. However, COPD has not had the same decrease.

Dementia is a major cause of death and disability and most common in the elderly. About 4.03 percent of the population has dementia. Alzheimer’s disease is a common form of dementia. Between 40,000 and 50,000 people in Uruguay have been diagnosed with Alzheimer’s.

Understanding and further research of these common diseases in Uruguay can aid in the fight against poverty.