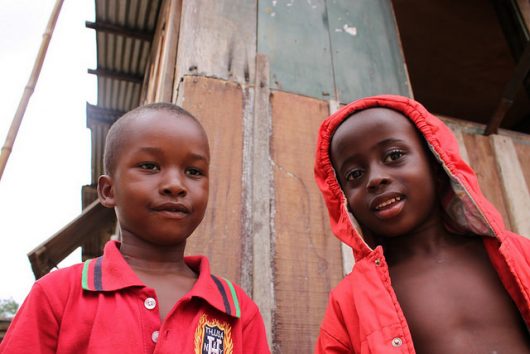 In 2013, Gabon’s government began building new medical facilities to ensure that all citizens can access quality healthcare. This was an important step toward combating HIV, malaria, tuberculosis and other common diseases in Gabon. However, further work is needed to continue protecting Gabon’s people from illnesses.

Gabon has high incidences of malaria and other insect-transmitted diseases. While Gabon has a yearly malaria risk, the risk is especially high during and immediately after the country’s rainy seasons (October through December and February through April). The disease is mainly transmitted through Anopheles mosquitoes that feed from dusk to dawn.

In July 2017, a vaccine called RTS,S was found to have the capability of stopping malaria before it starts. The vaccine was tested in Gabon from May 2009 to early 2014. In July 2015, the European Medicines Agency gave the vaccine a “positive scientific opinion,” revealing that it could be used for Gabon’s future malaria cases.

Tuberculosis is an increasing epidemic in Gabon. In 2013, a research study observed 64 tuberculosis-infected children in a Lambaréné, Gabon hospital. The findings showed a discrepancy between the tuberculosis burden and the commitment to controlling it. Tuberculosis was found to be especially prevalent in Gabonese children.

International funding agencies have attempted to implement a “DOTS Strategy” program that could slow down and reverse the effects of tuberculosis. However, Gabon is unable to qualify for the program due to the country’s commodities and a high per capita income. As a result, the country’s national program against the disease is funded entirely by the state and tuberculosis remains one among many common diseases in Gabon.

However, efforts are still being made to combat Gabon’s disease outbreaks. In August 2017, a Regional Collaborating Centre was established as part of Africa’s Center for Disease Control and Prevention. The center will coordinate efforts to prevent infectious and non-communicable diseases in Gabon and other central African countries.

While common diseases in Gabon remain a problem for many residents, these efforts can help Gabonese people combat disease risks. The RTS,S vaccine could prevent many malaria cases if it continues to be used in the country. Gabonese children who are highly vulnerable to tuberculosis and other diseases will need continuing treatment as well.