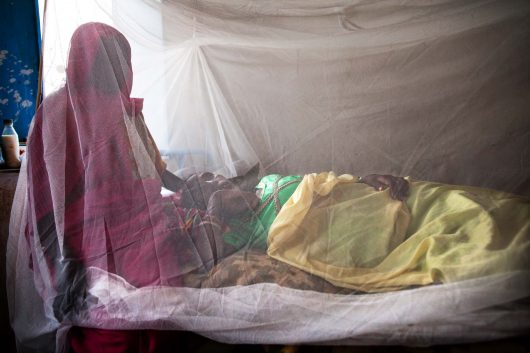 Rwanda, a country located in Central-Eastern Africa, is a country that has experienced everything from colonialism to genocide. Currently, Rwanda continues to battle hidden enemies within its borders: various diseases that infect its population. With a population of more than 11 million, the occurrence of common communicable diseases in Rwanda is an urgent concern.

Hepatitis B and C

Other common diseases in Rwanda are Hepatitis (B and C). Hepatitis consists of the inflammation of the liver. Unfortunately, hepatitis shows limited symptoms, if any at all, making it difficult to diagnose. When symptoms do show, they may consist of yellowish skin and poor appetite. Hepatitis is classified as “acute” when it lasts fewer than six months, and “chronic” when it lasts longer.

Sometimes, hepatitis may be diagnosed as malaria, since malaria victims also experience yellowish skin. However, malaria’s other symptoms manifest more powerfully: the ill person will experience fever, fatigue, vomiting and headaches. In the worse cases of malaria, people experience seizures, comas and ultimately, death. In 2013, 900,000 people in Rwanda were diagnosed with malaria.

Typhoid is a disease that occurs as result of ingesting contaminated food or water. Typhoid brings reduced appetite, headaches, generalized aches and pains, fever and worse of all, diarrhea. Typhoid is predominantly caused by external factors such as the ingestion of contaminants.

HIV/AIDS is another silent disease spreading through the population of Rwanda. HIV/AIDS is spread through drug needles or through sexual contact with infected people. Some symptoms of HIV/AIDS include swollen glands and flu-like symptoms. This disease is fast-spreading — one person is infected every 30 minutes. In 2013, 200,000 Rwandans were living with HIV/AIDS, with 4,500 dying the same year. Being infected with HIV/AIDS increases a person’s chance by 30 times of developing active tuberculosis.

In addition to these diseases, cancer—especially breast cancer—is common among Rwandans. Access to hospitals and medical treatment may be difficult in terms of finances and transport.

Poverty and susceptibility to communicable diseases are closely linked. Once a disease is contracted, the lack of medical care places those ill at great risk.

Diseases strike resource-poor communities, like those in Rwanda. Rwanda’s genocide in 1994 took a great toll on the communities: 800,000 Rwandans were killed in 3 months. During the genocide, systematic rape served to transmit HIV/AIDS to thousands. Rwandans who fled to refugee camps weren’t safe either. The lack of sanitation, food and water increased the spread of infectious diseases rapidly. Rwandans found themselves falling prey to malaria and tuberculosis.

Rwanda’s communities are still recovering from war and battling poverty. The poor find it difficult to access medical care when they are ill; communicable diseases then spread because they are left untreated. The cycle of poverty leaves many susceptible to treatable diseases.

However, hope is not lost: the Rwandan government and the Centers for Disease Control and Prevention (CDC) are working to work towards preventing common diseases in Rwanda. The CDC is trying to develop more labs and clinics to help treat HIV/AIDS, including distributing blood safety devices to help prevent HIV/AIDS in the first place. For malaria, the CDC is taking a preventative approach, by distributing nets and insecticide. The CDC is also monitoring each case of malaria carefully.

Rwanda is also home to Congolese refugees. Due to the preventative healthcare approach the CDC is taking, it is screening Congolese refugees for infectious diseases and chronic conditions that may be contagious to residents of Rwanda.

The Rwandan government has been cooperative with new approaches in its medical treatment infrastructure. In July 2017, the government became one of the first African countries to implement the World Health Organization’s treatment strategy, heralding a focus on preventative medicine.

The CDC and the Rwandan government demonstrate that together, agencies and communities can slowly defeat the common diseases in Rwanda.