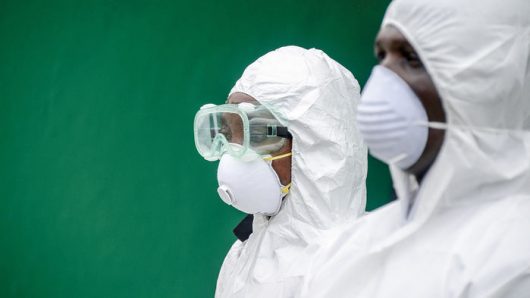 As one of the poorest countries in the world, Liberia has struggled to develop adequate healthcare infrastructure to combat the spread of disease. Many diseases in Liberia can be traced to poor hygiene, sanitation and water quality, allowing diseases such as tuberculosis, malaria and cholera to affect the population.

Despite economic barriers, Liberia has made progress in certain areas, such as combatting the spread of HIV/AIDS through government programs and improved conditions.

Some of the most common diseases in Liberia include pneumonia, acute respiratory diseases and diarrheal diseases, all of which have high mortality rates. Many respiratory diseases can be linked to poor indoor air quality in rural areas where coal is often burned with poor ventilation.

Another health concern due to poor living conditions is the prevalence of cholera and parasitic disease outbreaks, which are connected to contaminated water and lack of proper sanitation. Over half of Liberian households do not use any toilet facility, and only 10 percent of households use an improved, unshared toilet facility.

Malaria is one of the most common illnesses throughout West Africa, and Liberia is no exception. Malaria accounts for 38 percent of all outpatient visits — the most out of any disease. After peaking in 2011, confirmed Malaria cases per 1000 have declined drastically to 220 cases per 1000 all thanks to preventative efforts and increased awareness.

In the spring of 2017, Liberia experienced a “mystery outbreak” along with several other West African countries. After extensive testing on autopsies, the outbreak was classified as meningitis, which caught scientists off guard due to the introduction of a meningitis vaccine throughout West Africa in 2010.

This outbreak, however, is presumed to be a meningitis C strain, which required different antibiotics to treat. In all, Liberia’s quick response and containment of the outbreak has demonstrated the country’s health improvements since the first cases of Ebola in 2014.

In the last decade, Liberia has made a concentrated effort at curbing the spread of diseases such as HIV. Recently, the Ministry of Health and Social Welfare and its partners have increased the number of HIV counseling and testing centers, and helped increase the number of sites providing prevention of mother-to-child transmission services from 29 in 2008 to 230 in 2011.

While the prevalence of the disease remains relatively high at 1.9 percent for adults ages 15-49, the Liberian government has put infrastructure in place to bring this number down in the near future.

While poverty and poor living conditions continue to facilitate the spread of diseases in Liberia, recent efforts have reduced the threat of Malaria and HIV. Continued improvements to water quality, living conditions and health care access are necessary for Liberia to solve future questions regarding disease.

Causes of Death: The Most Common Diseases in RwandaHow to Help People in Mexico: Four Influential Organizations
Scroll to top