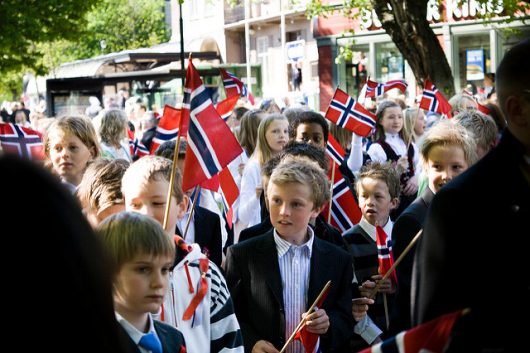 Norway is a highly developed country with flourishing technological advancements and a robust economy. According to current statistics, Norway is ranked number one in the top fifteen most developed countries in the world.

Norway has a human development index of 0.944 and the country’s economy is very diverse with a mix of natural resources and exports. The country has a strongly integrated welfare system that places it at the top of all other countries in the world.

Hunger in Norway is virtually nonexistent, and the country generally lends support and aid to other countries that experience hunger. Norway has recently doubled its allocations to hunger disasters in countries like Sudan, Yemen, Somalia and northeastern Nigeria.

Norway encourages humanitarian efforts for countries experiencing hunger, and due to the country’s position and lack of poverty, Norway closely monitors funds so that they can offer further support.

The Norwegian government, as well as non-government organizations and stakeholders, actively seek to assist countries by measuring levels of hunger and giving support to countries that need relief.

There is very little hunger in Norway due to the country having a strong welfare state, acting as a stabilizer to its economy by allowing individual autonomy.

This has made Norway a shining star that continues to offer hunger relief to the U.N., Red Cross and World Food Programme in the reduction of hunger and the eradication of poverty. These organizations have relied heavily on Norway to respond quickly to the needs of millions of people in need during times of conflict and natural disaster.

Since there is not hunger in Norway, the country is able to enjoy happiness while offering opportunities to partner with many organizations to follow their model of success. Norway is an example of a country without hunger that continues to guide other poor and developing countries.