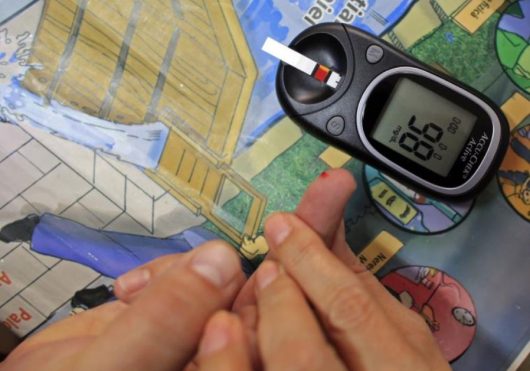 Israel is a small country in the Middle East with immense significance to several religious groups including Jews, Christians and Muslims. Benjamin Netanyahu currently serves as the prime minister to more than 8 million Israeli citizens.

Israel has made tremendous progress in combating diseases in recent years. According to The Jerusalem Post, death rates from cancer, cardiovascular diseases and stroke “have declined by 80 percent since the middle of the 1970s.” While this is of course excellent news, there is still a lot of work left to be done. Here are some facts regarding common diseases in Israel:

Hepatitis A
Hepatitis A is a viral liver disease that very infrequently leads to death, but does make the afflicted person ill. The Centers for Disease Control and Prevention (CDC) urges that travelers heading to Israel receive the vaccine prior to their trip. This disease is transmitted by consuming contaminated food or water.

Diabetes
Diabetes is another common disease in Israel, ranking as the third and fourth most common cause of death among women and men, respectively. Despite the nation’s small size, Israel is a leader in improving conditions for those afflicted with diabetes. DreaMed Diabetes, a company founded in 2014 by American and Israeli researchers, uses algorithms to analyze and improve insulin therapy. The hope is that the company’s research will allow those with diabetes to have better control over the disease.

Cancer
As previously mentioned, Israel has made great strides in combating cancer in the past several decades. However, these strides forward are not being evenly felt throughout the country. According to Haaretz, cancer death rates in the peripheral areas of Israel are 8 percent higher than in the geographical center of the country. Some groups of people have more success at fighting cancer than others. Professor Lital Keinan-Boker, the deputy director of the Health Ministry’s Center for Disease Control, told Haaretz that these discrepancies are likely the result of differences in awareness and usage of early detection technologies. Each year, roughly 11,000 Israelis die from some form of cancer.

Hepatitis A, diabetes and cancer are three common diseases in Israel. Progress has certainly been made, and that is extremely encouraging. Nonetheless, these diseases continue to affect much of Israel and its people.