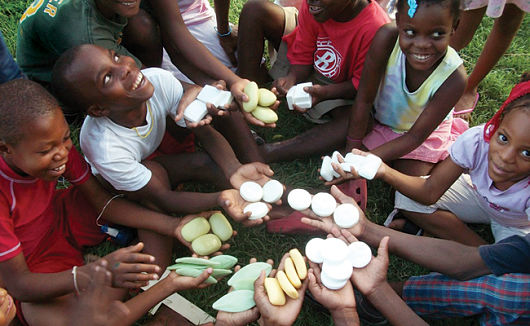 On average, 1.8 million people per year die from diarrhea-related diseases. Diarrhea ranks third as the leading cause of death among infection-related diseases just after respiratory infections and HIV/AIDS. Fifteen countries make up 70% of this number: India, Nigeria, the Democratic Republic of the Congo (DRC), Afghanistan, Ethiopia, Pakistan, Bangladesh, China, Uganda and Kenya. Approximately 2.5 million children around the world become sick because of diarrhea-related infections, with many of these children being younger than 5-years-old.

Many of these victims reside in Sub-Saharan Africa, where diarrhea-related deaths rank higher than deaths due to malaria, HIV/AIDS and measles combined. Along with death, diarrheal diseases contribute to stunted growth, malnutrition, increased healthcare costs and the inability to work or attend school.

Clean the World was created to help decrease the number of deaths caused by diarrheal diseases by collecting toiletries and other supplies for communities whose residents fall victim to poor hygiene. Clean the World was founded by Shawn Seipler, who seeks to revolutionize hygiene all over the world. The organization collects unused hotel soaps, discarded plastic bottles and other toiletries for communities living in poverty globally.

The collection process operates in three steps: hotels and other hospitality units register their hotel, Clean the World sends them collection bins so the hotels can begin collecting unused soap and plastic bottles and lastly, the hotels ship their collections when the bins are halfway full.

Staff and volunteers sort through discarded toiletries received through donations to decide which are viable to send to communities. They also request donations from manufacturers who send the donation to their facilities in Orlando, Las Vegas or Hong Kong. At these facilities, the outer layers of bars of soap are scraped off and what is remaining is grounded down to small bits and power-washed. The bits are then mixed with glycerin and other substances to form a new bar of soap.

The donations are then distributed to regions all over the world including Africa, Eastern Europe, Asia, South America, the Middle East, and at-risk communities in North America.