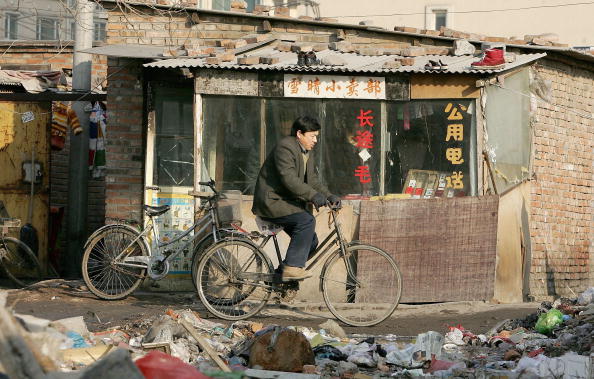 The rhetorical phrase “War on Poverty” is commonly used to describe programs and policies aimed at reducing or eliminating poverty. It has been used in the context of United States politics but is now also being applied by the media to Chinese efforts to reduce poverty, especially in rural areas. China has experienced a meteoric rise to economic prominence in a few decades, yet much of the country lies in the past, still experiencing economic hardship without the benefits of the recent successes. What is China doing to fight poverty?

Hundreds of millions of people have been salvaged from poverty since China’s rise to prominence, however, in 2012, China’s GDP per capita was less than other developing countries, including Iraq and Colombia. Part of this statistic lies with the fact that the Chinese economy has to sustain a huge number of people, but another reason for this surprising statistic is that economic growth in China has benefited some more than others. Specifically, those in urban areas have tended to gain more from recent economic advances than those in rural China.

In the past, the millions lifted out of poverty in China were a result in part of strong economic growth. Additionally, less people are working in agriculture and moving into other businesses and improving human capital systems. Anti-poverty actions by the government also played a role but perhaps have not been enough.

In the 1990s, China changed its definition of poverty to a level that was about two-thirds of the international standard, artificially lowering its poverty statistics. However, China has also thrown billions of dollars at the problem in the form of subsidized loans, grants and programs such as “Food For Work,” which aimed to stimulate the economic situation of the poor while at the same time improving infrastructure for water systems and roads.

As previously mentioned, many of the poor in China have already benefited from economic growth, but many more are still impoverished. In the past month, President Xi Jinping reaffirmed the government’s responsibility to fight poverty in rural areas while at a conference about China’s 13th Five-Year Plan. A rash of suicides among children in a rural area of China and the death of five homeless children in 2012 (carbon monoxide poisoning from lighting a fire in a trash container where they were taking shelter) has caused hard questions to be asked and for government officials to talk about action. Recognition of the continuing problem by the Chinese government is a positive sign. The additional fact that the Chinese economy is becoming more dependent on a consumer class sheds light on the need for the Chinese economy to pull more out of poverty and into the consumption class. China’s war on poverty — the incentive to work towards ending poverty — is apparent, from both a public relations standpoint and an economic one.

How Ghana Reduced Hunger and Malnutrition Ethiopia’s Population Dynamic: What the World Can Learn
Scroll to top