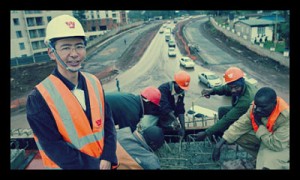 It is predicted that by 2015 China will decrease the number of its citizens living in poverty by 50 million. Other developing countries are taking note of China’s success and, with the help of foreign investment, hope to employ the same methods. With its growing economy and monetary assistance, China is, by example, taking a leading role in foreign aid and assisting the developing world.

China’s representative for the World Food Programme, Brett Rierson, explains how China used a bottom-up method of alleviating poverty. The Chinese government focused on aiding poor farmers by implementing policies that permitted farmers to keep a higher percentage of their profits and allocating foreign investment and technology to small villages. Investment in infrastructure, as well as improving nutrition education, women’s health, and agriculture production, are also factors responsible for China’s success story.

A majority of China’s aid goes to countries in Asia and Africa. These developing countries can mimic China’s strategy by investing in infrastructure and farming communities. Deborah Brautigam, director of the international development program at Johns Hopkins University in Baltimore, reminds us that it was China’s decision to invest in agriculture that helped reduce poverty, not just foreign assistance. African countries have the potential to lift themselves out of poverty, but it depends on how they invest the money they received from foreign aid.

China formerly received foreign aid from Western countries and is now ready to begin investing in other developing countries. With China’s help, the United Nations is on track to reaching the Millennium Development Goal of ending extreme poverty by 2030.