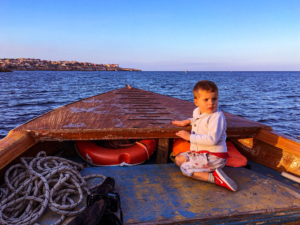 In 2020, about 5.6 million people in Italy were living in absolute poverty, meaning they greatly struggled to obtain basic needs, including water, food and shelter. More than 20% of those people were children. Though Italy is not on the list of poor countries in the EU, its population of children in poverty has steadily grown over the last few years. Child poverty in Italy has become a worsening crisis. Here are three facts about child poverty in Italy.

The Link Between Child Labor and Child Poverty in Italy

In 2015, approximately 340,000 children had to work to financially support their families. The Italian government does not have a standardized system for measuring child labor, which is why no consistent data has been released in the last few years. Researchers are concerned that child labor has sharply risen amid this gap in data, especially due to the coronavirus pandemic.

Most of the children who had to work lived in Southern Italy, where there is significant segregation among social classes. Working kids typically come from impoverished multi-child households. An only child runs a 7% risk of living in poverty, whereas a child with siblings faces a 30% chance of poverty. These kids tend to work after school or miss school to work. In many areas of Italy, child labor is often culturally acceptable in workplaces like restaurants because customers think they are family businesses.

In 2021, the EU implemented the European Child Guarantee, under which member states create their own Child Guarantee National Action Plan (NAP) aimed at improving the lives of children and decreasing child poverty. The Italian government collaborated with local organizations and submitted its NAP to the EU in April 2021.

In its NAP, the Italian government focuses on early childhood education and childcare. Italy plans to provide more support to caregivers and further integrate children that are national citizens with immigrant children, especially those coming from Ukraine. The government is planning to ensure that all children have access to healthy meals at school and that more full-time schools are available for working parents. To help fight child poverty in Italy, the government has said that it will implement special support measures for children from underserved communities.

The Tree of Life Foundation is Helping Kids

The Tree of Life Foundation — or the L’Albero della Vita in Italian — focuses on providing children with proper nutrition, comprehensive health care and social and sports activities. The organization started in 1997 as a volunteer program, and about a decade later, the Tree of Life became an official Non-Governmental Organization (NGO) in Italy. Since becoming an NGO, the program has expanded to other countries across the world.

In its latest response to growing child poverty in Italy, the Tree of Life Foundation gave baskets of staples to families that included groceries, children’s clothing and educational materials. It also provided families with an education program to learn how to best manage their household budget. The Tree of Life offers individual counseling, parent-support programs, workshops for children and employment-guidance meetings. The organization has created a network where impoverished families can support and learn from one another, and it prioritizes supporting mothers and pregnant people.

Though poverty is worsening in Italy, and child poverty is no exception, community members work to protect kids. Local communities help children in need by volunteering, assisting families and mothers, donating meals and speaking up when they see signs of child abuse, homelessness or child labor. Multiple NGOs in Italy are fighting child poverty and asking the government to do more simultaneously. Hopefully, the country’s NAP will make important systemic changes that help alleviate child poverty in Italy.