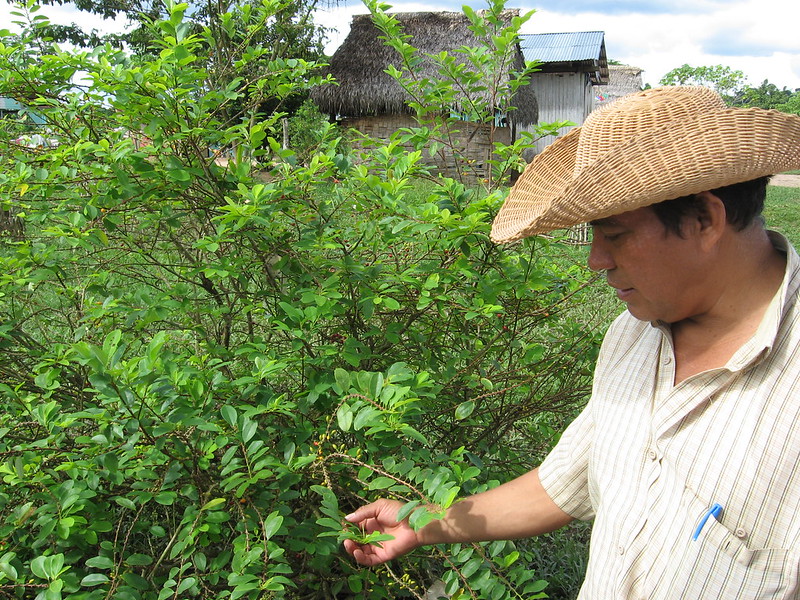 Being abundant in the controversial coca leaf, Peru is one of the world’s leading producers of cocaine. In coordination with international groups, the Peruvian government has set the stage to dismantle the Peruvian cocaine industry.

Understanding the Coca Plant and the Peruvian Cocaine Industry

Coca is relatively abundant among the three major cocaine-producing nations of the world: Colombia, Peru and Bolivia. The indigenous peoples of the Andes have traditionally used the coca plant for centuries. In its raw form, the plant performs as a benign stimulant often compared with coffee, suppressing a user’s pain, appetite and exhaustion and treating altitude sickness. However, when synthesizing the coca plant, the result is a highly addictive stimulant known as cocaine. Today, millions of people throughout the Andean and Amazonian regions chew coca leaves and brew tea from them.

According to the U.S. Department of State, Peru is the world’s second-largest producer of cocaine. Most of the cocaine that Peru yields either undergoes distribution throughout Latin America or goes to Europe, the United States, Mexico and Asia. During the COVID-19 pandemic, the Peruvian cocaine industry reached peak coca cultivation at 88,200 hectares, the White House Office of National Drug Control Policy (ONDCP) reported. In 2021, there was a documented decrease in production from the previous year at 84,400 hectares. The present quantities of production emphasize the need for better termination efforts and more stable alternative economic development strategies for the rural citizens of Peru.

Peru is an economically developing country. As a result of its stable economic growth and investments in health, education and infrastructure, Peru has reduced hunger and poverty rates in the last 10 years. Currently, a quarter (22%) of Peru’s population lives in poverty and experiences food insecurity, especially those residing within the country’s rural areas. In these impoverished rural areas, the Peruvian cocaine industry thrives as desperate citizens turn to drug selling as a means of income.

Carving a Path to Alternative Development

The Peruvian government is making serious efforts to eradicate cocaine from its borders and develop safer and more sustainable economic opportunities for rural residents. The U.S. Department of State’s Bureau of International Narcotics and Law Enforcement Affairs (INL) has coordinated with Peru’s counternarcotics and law enforcement to enhance the Peruvian justice system.

Before the pandemic, the INL aided the Peruvian government in eliminating more than 25,000 hectares of coca and approximately 220 metric tons of cocaine from their markets. This was a major victory as they were able to rid the Valley of Apurímac, Ene and Manraro River (VRAEM) of coca. VRAEM is vital to the Peruvian cocaine industry, as the area produces two-thirds of all cocaine in Peru.

For more than 25 years, the United Nations Office on Drugs and Crime (UNODC) has been a key supporter and sponsor of alternative development in Peru. UNODC directly collaborated with more than 8,000 farming families that were once heavily dependent on coca plant farming. This was possible through the creation of forestry administration, indigenous ecosystem protection, livestock breeding and the development of legally sustainable economies in coffee, cacao and palm oil. In recent years, UNODC has implemented programs that bolstered residents’ social and economic situations in coca cultivating sectors via “farmer-led” small enterprises that contribute to the overall economy.

USAID has also played a crucial role in alternative development campaigns against the Peruvian cocaine industry. The agency backed the Peruvian National Counternarcotics Policy by arranging alternative strategies for the growing of coca plants and by building Peru’s capabilities to challenge drug cartels. Like with UNODC, USAID supports previous coca-reliant regions to develop legitimate sources of income via farming investments in coffee, cacao, bananas and lumber. In 2021, USAID uplifted more than 70,000 families to shift to legal and sustainable economies. In addition, the agency has coordinated with several companies in Peru’s private sector, local governments, communities and investors to integrate millions of dollars into the growing economies and the protection of the Peruvian Amazon.

PRISMA is a Peruvian organization centered on empowering Peru’s most exposed citizens and providing access to opportunities via alternative development efforts. The organization started in 1986 and began with the purpose of reducing food insecurity among the nation’s children. It collaborates will all levels of government, international aid organizations, universities, interested members of the private sector and mobilized communities. PRISMA mainly operates in Peru but has been active in Ecuador, Mexico, Panama, Uruguay and Equatorial Guinea through its many years of service.

The Peruvian government continues making significant strides in transforming rural citizens’ livelihoods. The nation views the cocaine endemic as a national and international security issue. Peru and its collaborators continue to bolster the coca-reliant rural communities to transition into safer, legal and reliable economic development.