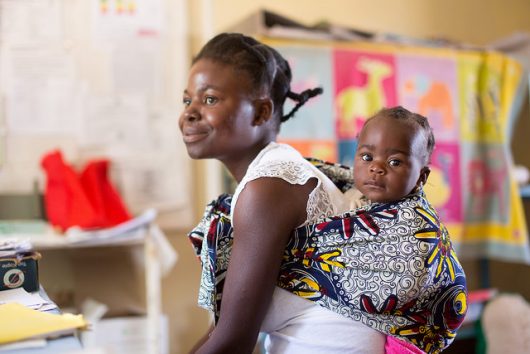 The link between child mortality and maternal education is clear: educating mothers directly impacts the health of their babies. Even small improvements in maternal education help to fight child mortality that causes 16,000 deaths each day, primarily in developing countries. This stresses the global need for equality in education- particularly in accounting for the needs of women and mothers who are disproportionately denied educational opportunities around the world.

In 2011, 6.1 million children under the age of five died of preventable causes in low- and middle-income countries. An estimated 49% of those deaths were preventable had the mothers of the children received a secondary school education. Even when mothers only acquire a primary school education, they reduce the chances of their children dying from diarrhea by eight percent and malaria by 22%. UNESCO explains that when a baby is born to a literate mother, he or she is 50% more likely to live past five years old.

Many similar figures are available, all with the same key findings: as maternal education increases, child mortality decreases. Malnutrition, lack of immunization, preventable illnesses and birth complications–responsible for millions of premature child deaths around the world every year–are significantly reduced by redirecting the relationship between child mortality and maternal education.

Literacy and education provide mothers with knowledge of sanitation, nutrition, health and safety to better care for their children. For example, literate mothers are more likely to purify water and seek out healthcare if they notice their child getting sick. Mothers who can read and write are 23% more likely than illiterate mothers to acquire the help of a birth attendant, avoiding birthing complications that perpetuate heightened rates of child mortality.

The relationship between child mortality and maternal education represents a global health inequity. Women make up an estimated two-thirds of the world’s illiterate adult population, and 60% of countries do not provide equal access to education for males and females. Child mortality is most common in low income and developing nations.

This means that equality for all people in access to education is viable as a way to fight poverty and combat child mortality. UNESCO emphasizes that “there are few more dramatic illustrations of the power of education” than its ability to save lives when gender equality is enhanced. The United Nations summarizes that gender equality in education “raises economic productivity, reduces poverty, lowers infant and maternal mortality and helps improve nutritional status and health” emphasizing equality as a necessity for sustainable development.

Improving maternal education remains both a key obstacle and a prospect for fighting these global inequities. The 53% global drop in deaths under the age of five from 1990 to 2015 reiterates that recent advancements successfully decreased child mortality and related issues.

This reaffirms that redirecting the link between child mortality and maternal education to a poverty reduction force is possible. Education is key to such a necessary development for mothers and their children.