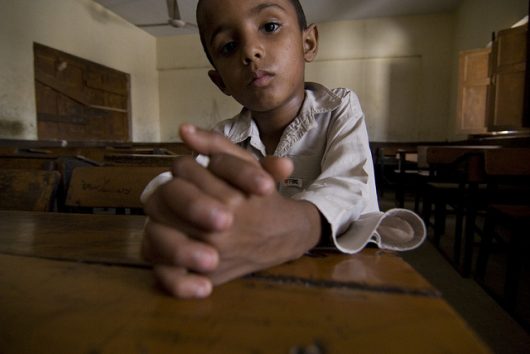 Population growth
At 1.86 percent, Pakistan has the highest population growth rate in the world. By 2050, the country will surpass 350 million people. According to Commissioner Multan, division, the main reason for such high growth is the lack of family planning. Consequently, a large population has caused unemployment, poverty and lawlessness.

The annual abortion rate in Pakistan is 50 per 100 women, and nearly half of all pregnancies are unintended and more than half end in abortion. Pakistan’s maternal mortality rate (178 per hundred thousand live births) and infant mortality rate (66 per 1000 live births) are the highest in the world. These numbers show that Pakistani women would greatly benefit from improved health services, as well as greater educational and employment opportunities.

Largely uneducated populace
About half of Pakistan’s population is illiterate, and 7.26 million children are out of school due to poverty. According to an Institute of Social and Policy Sciences report, “Pakistan has the second highest number of out-of school children in the world after Nigeria because Pakistan spends the lowest GDP on education in South Asian countries.” The report claims this lack of spending is detrimentally affecting the nation’s school system.

Since many children are not in school and are impoverished, child labor is a major issue in Pakistan. The Human Rights Commission of Pakistan estimated in 2005 that there would be 10 to 12 million child workers in Pakistan by 2010-11. In reality, according to an All-Pakistan Labor Force Survey, this number almost doubled to about 21 million child workers.

Without education and job skills training, young people cannot adopt the skills needed for employment. Existing systems fail to address the skills demanded by employers, and this hinders economic growth and societal development. Without adequate education, people remain unemployed and do not have the opportunity to rise out of poverty.

Imbalanced Taxes
Pakistan’s tax system shows unfortunate proof of the government’s corruption. The system does not differentiate between varying levels of income, but instead focuses significantly on the poor. In fact, 80 percent of the tax revenue comes from the poor for services including utilities, petrol and mobile communication. Meanwhile, the taxes collected from the rich do not exceed five percent.

Obed Pasha, lecturer in public policy at the University of Massachusetts Amherst, told the Asia Times, “What we have is a completely broken system [in Pakistan], where the entire burden is on the poor and large businesses do not pay taxes at all.” Without an income and employment opportunities, the poor cannot afford to pay high taxes, hindering their hope to rise out of poverty in Pakistan.

Out of every 10 Pakistanis, four are without the basic needs of life, which include food, shelter, education and healthcare. In order for Pakistan’s poor to rise out of poverty, they must have the adequate resources. Only improved health and education services for the poor and just taxes can increase Pakistan’s economic mobility and development.