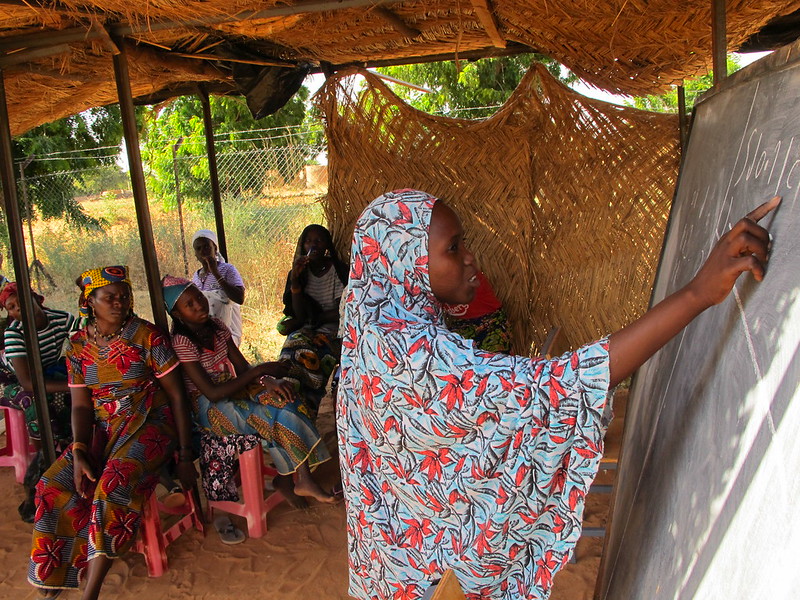 Niger, one of the largest countries in West Africa, holds the highest rate of child marriages compared to the rest of the world. In fact, 75% of young girls marry before turning 18. This is because the nation’s legal marital age is 15 for girls and 18 for boys. Although Niger has made efforts to reduce child marriage, the country has noted only minimal progress in the last 20 years. As a result, many consequences have arisen from child marriage.

Why Does Niger Have a High Child Marriage Rate?

First, child marriage in Niger harshly affects girls deprived of attending school because they need to rely on others to survive. In addition, many young girls choose to drop out of school because of the unsafe learning environments. As a result, they cannot live an independent life due to the lack of income and confidence to make rational decisions. Due to few other options for their futures, many families decide to marry their daughters off for financial stability.

According to the World Bank, Niger has a poverty rate of 42.9%. However, Niger’s population continues to increase, causing the number of people in poverty to grow. Currently, many families are struggling financially, so they view child marriage as a way to alleviate their financial burdens. Because of this, marriage becomes “a strategy for economic survival” due to the lack of social protection, according to Save the Children.

Moreover, child marriage in Niger is common because many communities believe a woman’s purpose is to become a housewife and bear children. Due to this belief, families tend to prioritize the education of sons over daughters. To add, marrying young is a way that Niger communities attempt to prevent pregnancy before marriage, which is “a source of shame for the family,” Save the Children reports.

Consequences of Child Marriage in Niger

Although families aim to avoid pregnancy before marriage and look for financial stability by marrying their daughters off at a young age, this only causes more damage in the long run. For example, without education, young girls are unaware of the risks of early pregnancy. In fact, these young girls are at greater risk because 30% of the young girls show signs of malnutrition. As a result, “maternal mortality constitutes 35% of all adolescent deaths between ages 15 and 19,” according to Save the Children.

Not only do women face physical challenges but they also face mental health challenges caused by marrying at a young age. This is because young girls have to abruptly transition to adult life and take on responsibilities they are not mentally prepared to tackle. They are still at an age that requires guidance from a guardian. In a BMC Public Health study, many Nigerian girls expressed emotional distress and depression due to fulfilling their marital responsibilities and sexual demands from their husbands.

Due to the common practice of child marriage in Niger, young girls do not have the opportunity to have a childhood and face threats to their lives and health. For instance, some experience domestic violence and cannot return to school to escape these living conditions. Unfortunately, young married girls “have worse economic health outcomes than their unmarried peers, which are eventually passed down [sic] to their own children,” UNICEF reported.

How is Niger Receiving Help to End Child Marriage?

UNICEF is working to help implement laws and policies to help end child marriage and work within Nigerian communities to address the social norms that encourage child marriage. UNICEF partnered with the Niger Traditional Leaders and Association and the Islamic Congregation because they are well respected in their communities and can create new rules for people to follow.

Due to these advocacy efforts, the Niger Government created a national action plan, “Towards the End of Child Marriage in Niger,” that convenes every month to discuss what the community needs to do to advocate for better treatment of young boys and girls. Fortunately, “Education sessions by the Village Child Protection Committees were able to prevent cases of child marriage through direct mediation with parents and assisted girls to return to school,” UNICEF reported.

Lastly, Plan International Niger is helping girls establish confidence to fight child marriage in their communities. As a result, the young girls are using their voices and asking their leaders to end child marriage and provide them with an education to gain independence through employment. The Plan International Niger placed child protection committees throughout Niger and provided them with the tools to protect the rights of young girls to ensure change.

Child marriage is common in Niger, but it has far-reaching negative impacts on girls, such as emotional stress and depression. To add, young girls are at risk of domestic violence and pregnancy complications due to their age and malnutrition. These young girls have to become adults at an early age, which strips them of their childhood experiences. Fortunately, many young Nigerian girls are receiving help in an attempt to end the cycle of child marriage.